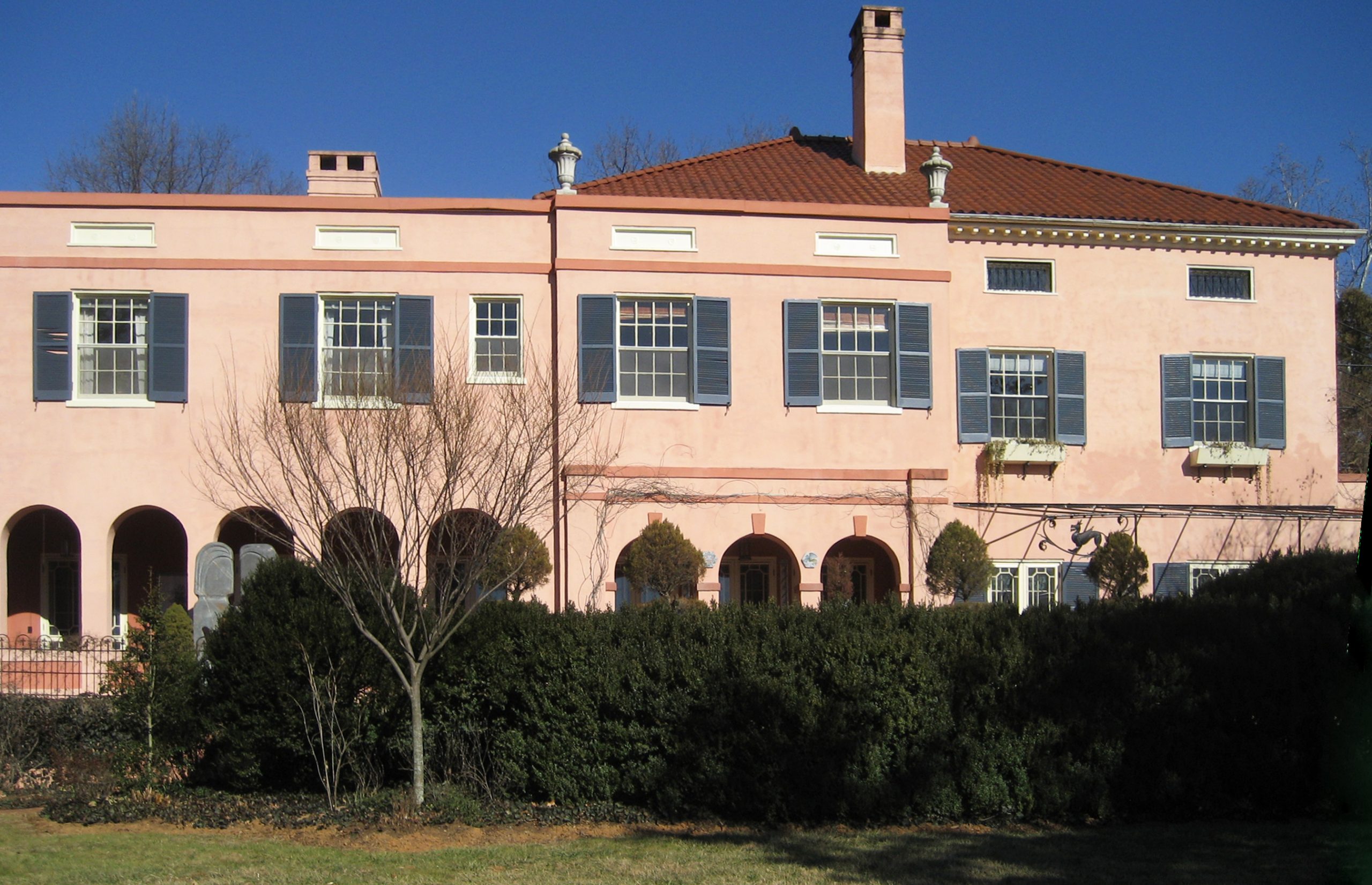 Located in Albemarle County’s Greenwood-Afton Rural Historic District, the extensive gardens at Casa Maria were designed by Charles F. Gillette, one of Virginia’s most talented and productive landscape architects of the first half of the 20th century. The gardens, some of the most ambitious and best-maintained of his many projects, are notable for their extensive stone walls, boxwood allees, azaleas, and numerous specimen trees. They were commissioned in 1919 by Mary Williams, sister of Susan Bueck Massie, who owned the adjacent Rose Hill, which also has Gillette gardens. Tradition has it that Gillette also designed the Mediterranean-style house, built 1920-22, which, if true, would make it his only architectural work. Mrs. Williams died in 1920 and the house and gardens were completed by Mrs. Massie’s daughter, Ella Williams Smith and her husband Gordon Smith. William Lawrence Bottomley designed an addition to the house in 1928. The original pink color was restored during a 1991-92 renovation.