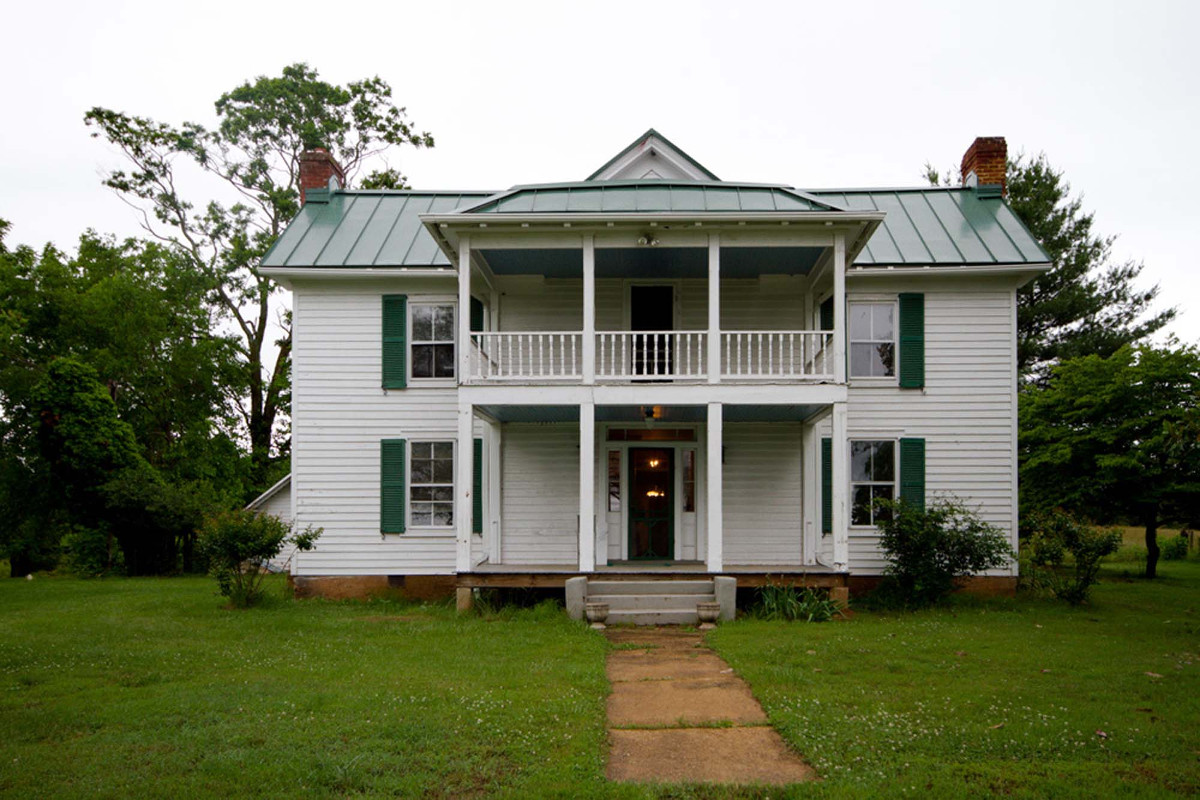 Harris Farm, in Albemarle County, traces back to a larger late-18th-century farm owned by Thomas Jefferson’s brother-in-law, Charles L. Lewis. The main residence—consisting of two I-houses situated back to back and constructed in different periods—is a good example of the development of the popular I-house form in central Virginia. Built around 1850, the original house is in a simple Greek Revival style; a Victorian-era I-house addition, constructed between 1898 and 1905, expanded the residence. The house also includes a rear ell addition. In 1898, Hilton Ashby Harris purchased the house and 300 acres, and the farm remained in the possession of the Harris family at the time of its listing. In 2011, Harris Farm was placed into the Virginia Outdoors Foundation conservation easement program.