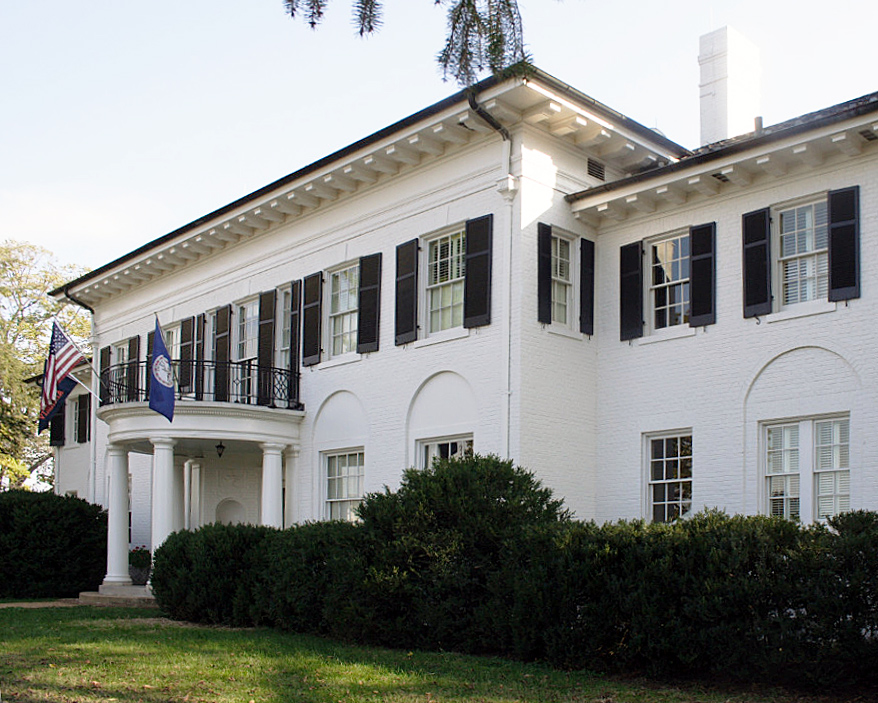 Built in 1922 and designed by prominent Washington, D.C. architect William J. Marsh, Kenridge is an excellent example of Neoclassical architecture in Albemarle County. Its colossal portico with columns (based upon the Tower of the Winds in Athens, Greece), marble baseboards, and grand central hall and stair lend it the gravity and formality characterized by this popular early-20th-century style. It was originally owned by Hollis Rinehart, Sr., a successful railroad businessman who was involved in the construction of Camp Lee near Petersburg during World War I (now Fort Lee). Rinehart also formed the Charlottesville National Bank and Trust Company in 1914 and commissioned Marsh to design a bank building as well. After Rinehart’s death in 1943, Kenridge remained in the Rinehart family until 1960. In 1965 it became the national headquarters for the Kappa Sigma Fraternity until 2005, when it once again became a private residence.