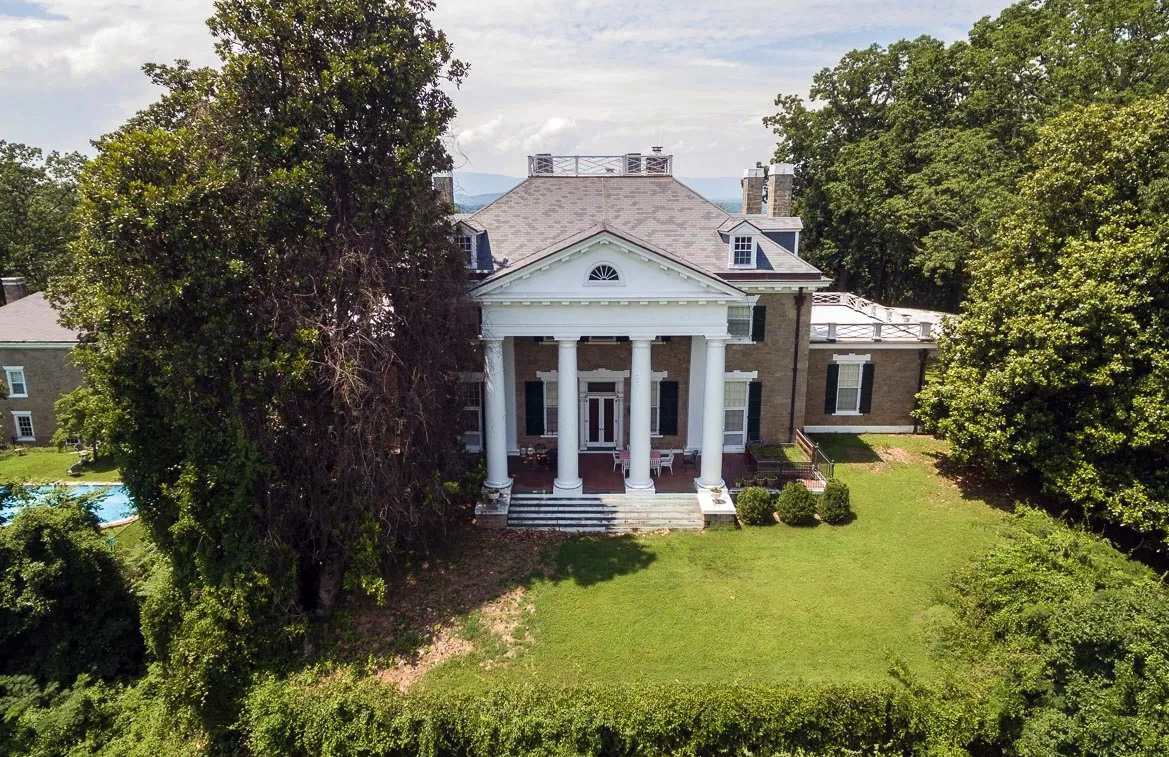 Lewis Mountain, in Albemarle County, refers both to the stately mansion and the mountain directly west of the University of Virginia that it crowns. Designed by Charlottesville architect Eugene Bradbury, the house, a massive granite structure, along with its guest house and stable, was completed by 1911. Its architectural style pays tribute to the classicism introduced to the region by Thomas Jefferson, who encouraged use of the Roman architectural elements for the dwellings of Virginia’s Piedmont. The estate’s grounds were laid out by Boston landscape architect Warren H. Manning. Lewis Mountain was the dream of John Watts Kearny, a former Union Army officer, who took note of the site while passing through the region during the Civil War. He vowed to return some day and establish his home on the mountain’s summit.