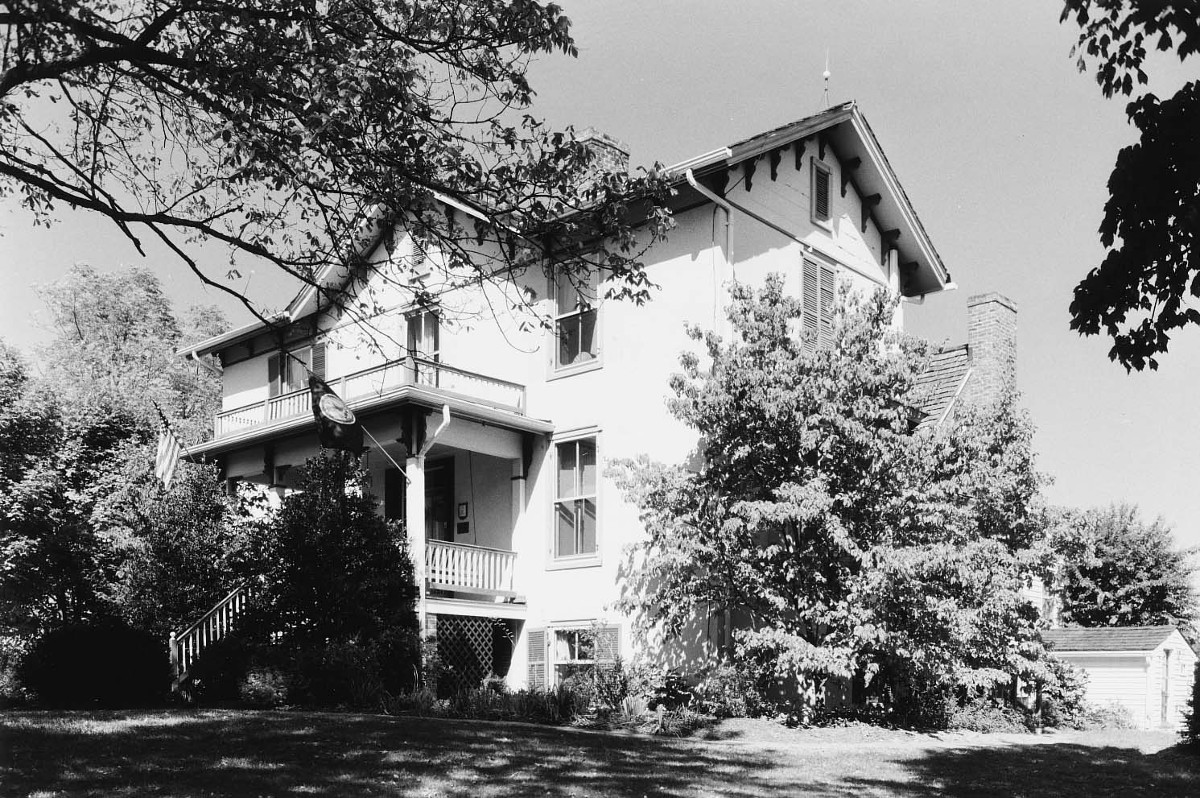 A picturesque mix of vernacular forms, High Meadows has long been an architectural reference point on the former Staunton and James River Turnpike, just north of Scottsville. The earlier brick section of the two-part dwelling was constructed in 1831-32 by Peter White, who surveyed Scottsville and was also a farmer. White’s 1853 taxes also list him as the owner of seven slaves and a piano. Around 1883 Charles B. Harris, a Scottsville merchant, added a two-story brick section with Italianante cornice and cross-gable roof. The two sections are joined by an unusual longitudinal passage rather than the more traditional hyphen. The older section preserves original paint and the newer section has original grained woodwork. The property house was restored in 1985 for use as a country inn, and is located in the Southern Albemarle Rural Historic District.