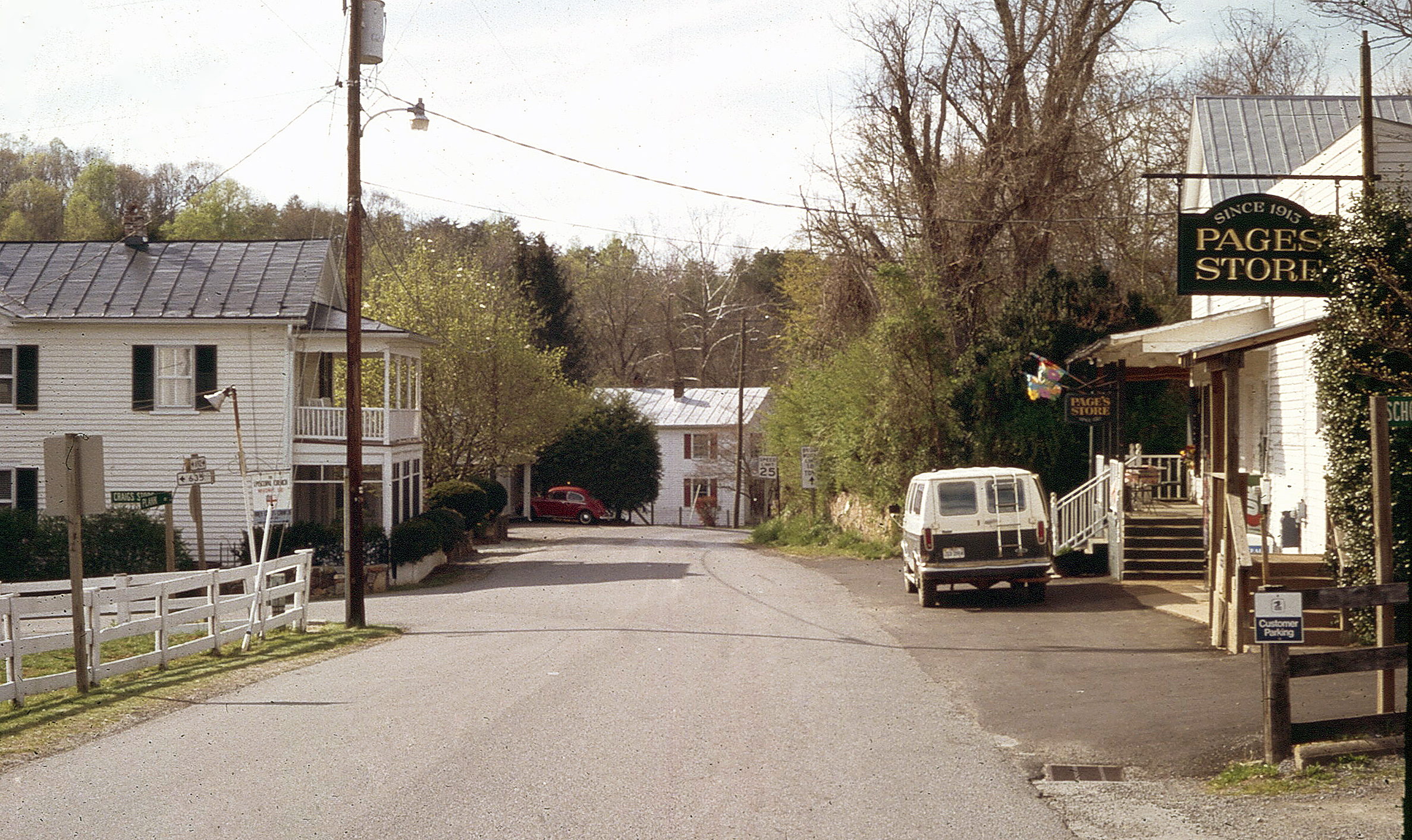 Batesville Historic District, at the intersection of Route 692 and Route 635 in Albemarle County, exemplifies crossroads community development in Virginia during the 19th- and early-20th-centuries. An increase in traffic along present-day Route 692 in the early-19th-century, when the road was reorganized as part of the Staunton and James River Turnpike, fueled the town’s development. Through the remainder of the 19th century and into the next, Batesville continued to grow and numerous residences and stores sprang up along both roads. Growth slowed dramatically by the 1930s and since that time, the village has seen little new construction. Most of the 32 contributing dwellings and commercial buildings are built in simplified folk styles, consistent with the vernacular building tradition in rural Virginia. The district also contains several notable residences and churches built in the Federal, Greek Revival, Classical Revival, and Colonial Revival styles.