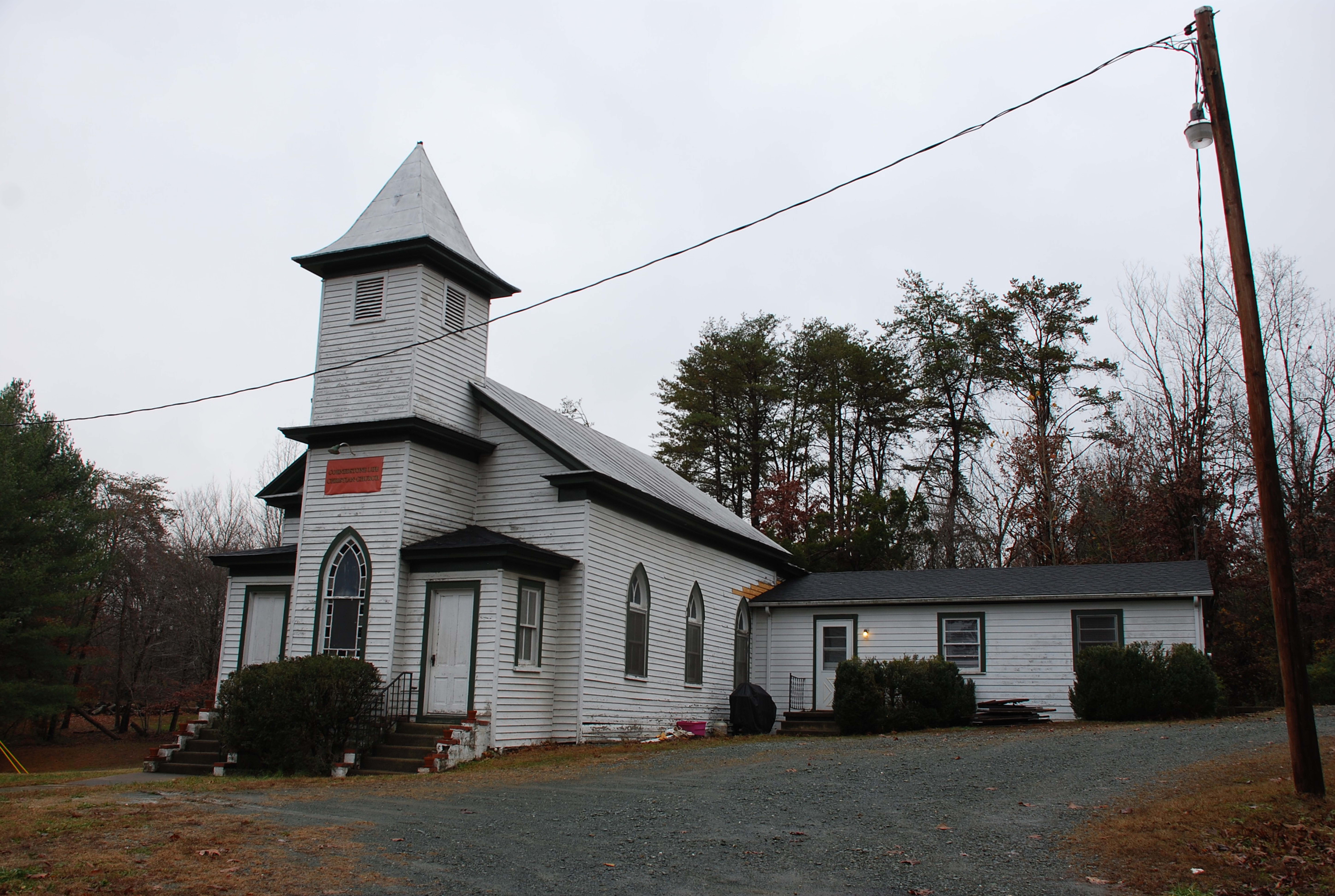 Proffit Historic District is the most intact and well-documented historically African American community in Albemarle County. Founded by freedman Ned Brown in 1871, the small settlement became a village in the 1880s. Once a stop on the Southern Railroad line, the village features several houses built by members of the Brown and Flannagan families, former slaves on nearby Glen Echo plantation. The Gothic Revival Evergreen Baptist Church, built by a local black Baptist congregation in 1891, remains the village’s most notable landmark. By the early 20th century, Profitt grew to be a small but thriving commercial and residential community, benefiting in the 1920s from the operations of a prosperous sulfur mine, the only one of its kind in Albemarle County. Gradually losing its position as a commercial crossroads, the village has become a peaceful bedroom community for Charlottesville.