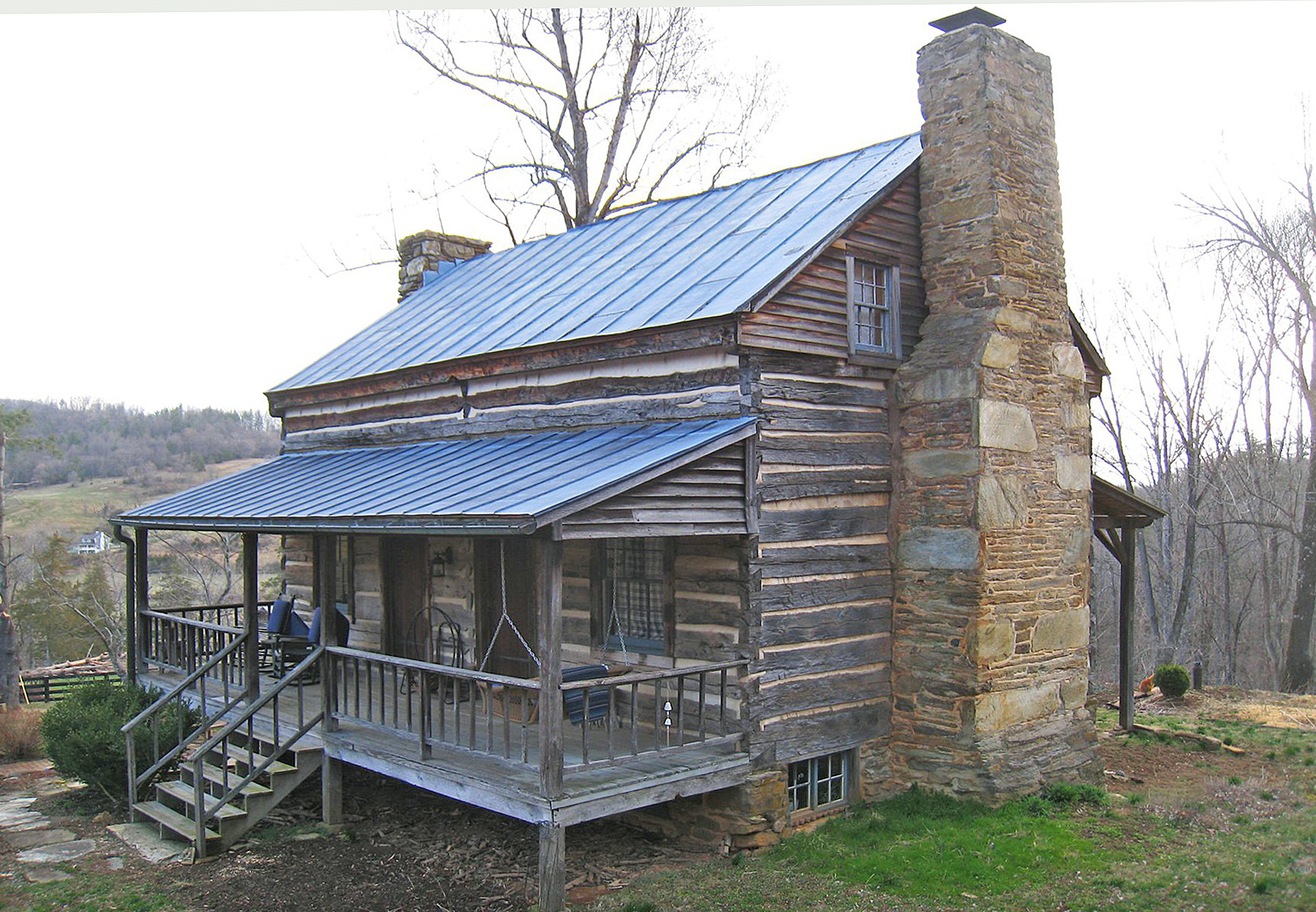 In 1851, B. B. Gardner, a farmer, constructed a log cabin near Boonesville, in Albemarle County, on a north-sloping spur in the Blue Ridge Mountains overlooking Blackwell Hollow, where generations of his family had settled. The cabin, an I-house, is a rare survivor and unusual in that Gardner built it as a duplex with three floors of living space, achieved with 30-foot white oak logs and stones. An uncommon cabin form for its pre-Civil War era, it displays beaded flooring and ceiling joists, and finely crafted interior and exterior stonework in the chimneys. The north side chimney, reconstructed in 1985, has a fireplace on the main level, another on the top level; the south side chimney, of original masonry, also has a hearth on the main floor, the other in the basement. Sitting on its original foundation, the cabin underwent a major renovation in 1893 and remained occupied until 1964. It sat vacant until the current owners started rehabilitating it between 1983 and 1985, respecting its historic fabric while making improvements for livability, guided by county building codes. A now-vanished barn stood about 100 yards west of the dwelling and a historic family graveyard lies about sixty yards north with unmarked headstones and footstones.