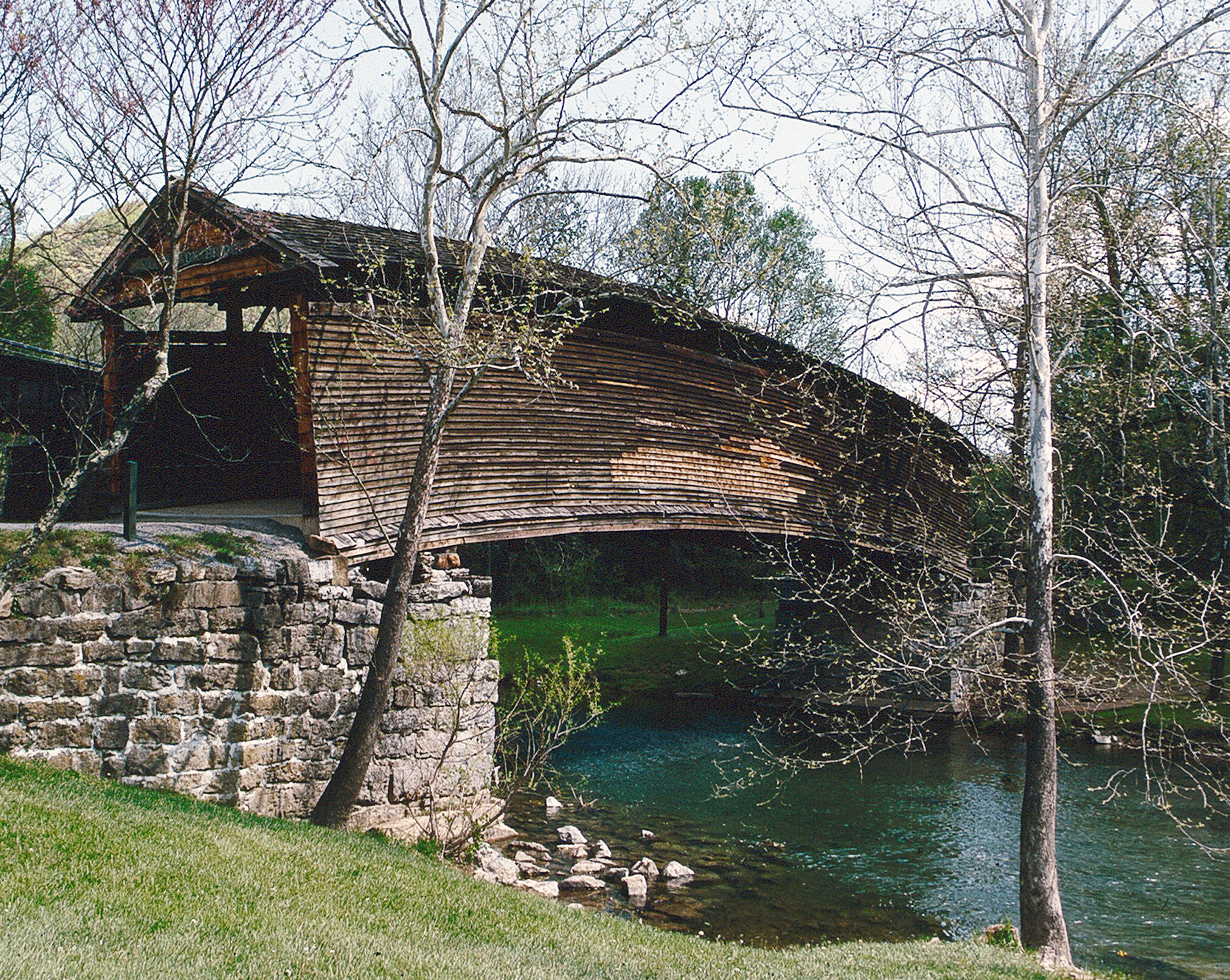 Humpback Bridge is the nation’s only surviving curved-span covered bridge and is the oldest covered bridge in Virginia. Although long thought to have been built in 1835, more recent research had revealed that the present bridge was completed in 1857, and is the successor to several earlier bridges at this Dunlap’s Creek crossing, all of which were destroyed by floods. The bridge and its predecessors were part of the James River and Kanawha Turnpike, the principal highway of western Virginia. The 100-foot span has no middle support, and the center point of the floor and roof is eight feet higher than the ends, giving the bridge its distinctive hump. The bridge was bypassed in 1929 and stood derelict until 1953 when it was purchased by the Virginia Department of Transportation and restored as part of a scenic wayside.