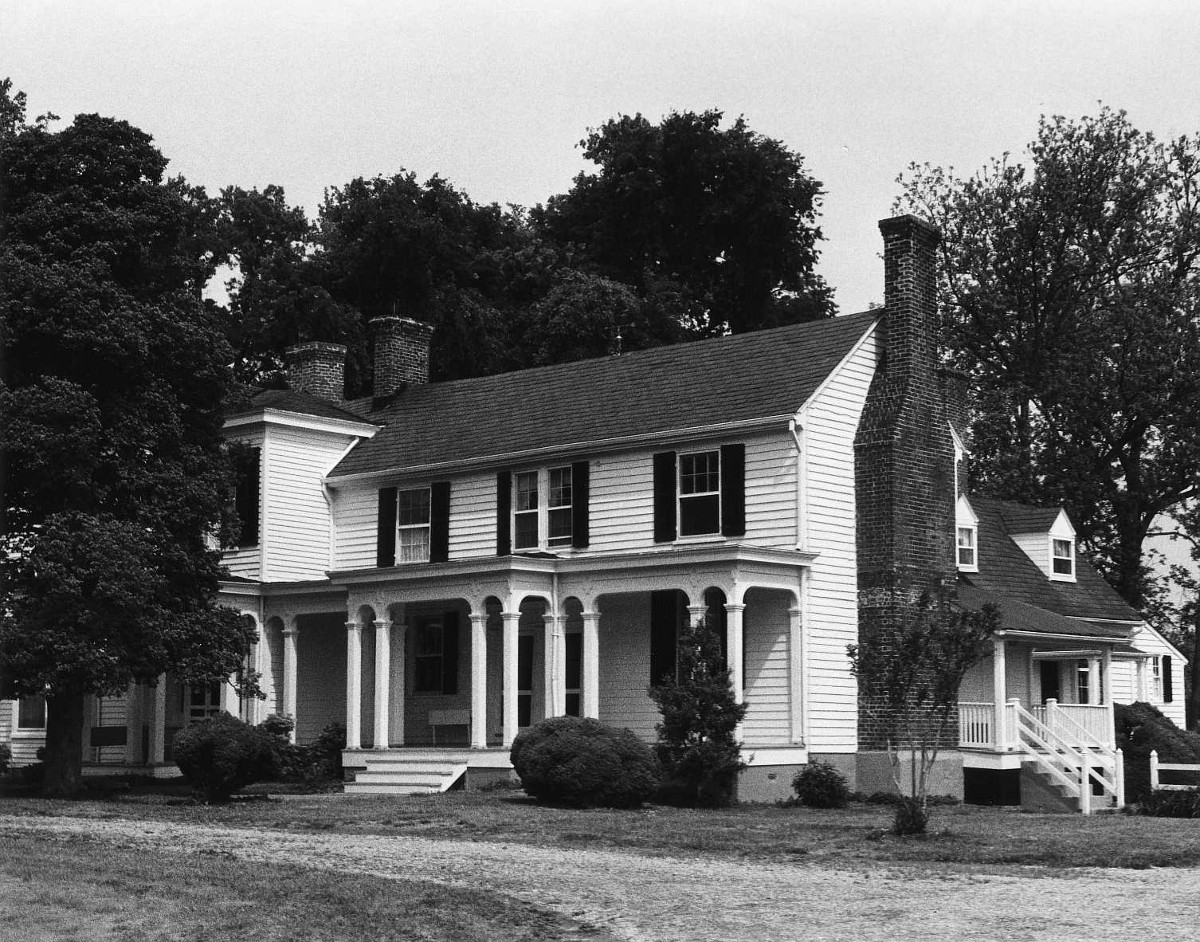 Dykeland has evolved through alteration and additions to reflect three distinct architectural styles: colonial, Federal, and country Italianate. The earliest section, an 18th-century cottage, was erected on land granted to the Rev. George Robertson, and according to tradition, stood a quarter of a mile north. It was moved and added to a dwelling on a former Robertson property known as Flat Creek Plantation. The house was enlarged ca. 1838 after its purchase by Lewis E. Harvie. The resulting two-story, three-bay section was further expanded in 1856-57 when Harvie added the Italianate wing and veranda. Harvie became president of the Richmond and Danville Railroad in 1856, an enterprise he helped establish in 1847. Harvie also represented Amelia County in the House of Delegates, and was an ardent secessionist in the Virginia State Convention of 1861. Dykeland’s 19th-century outbuildings including a kitchen, a smokehouse, and a dairy.