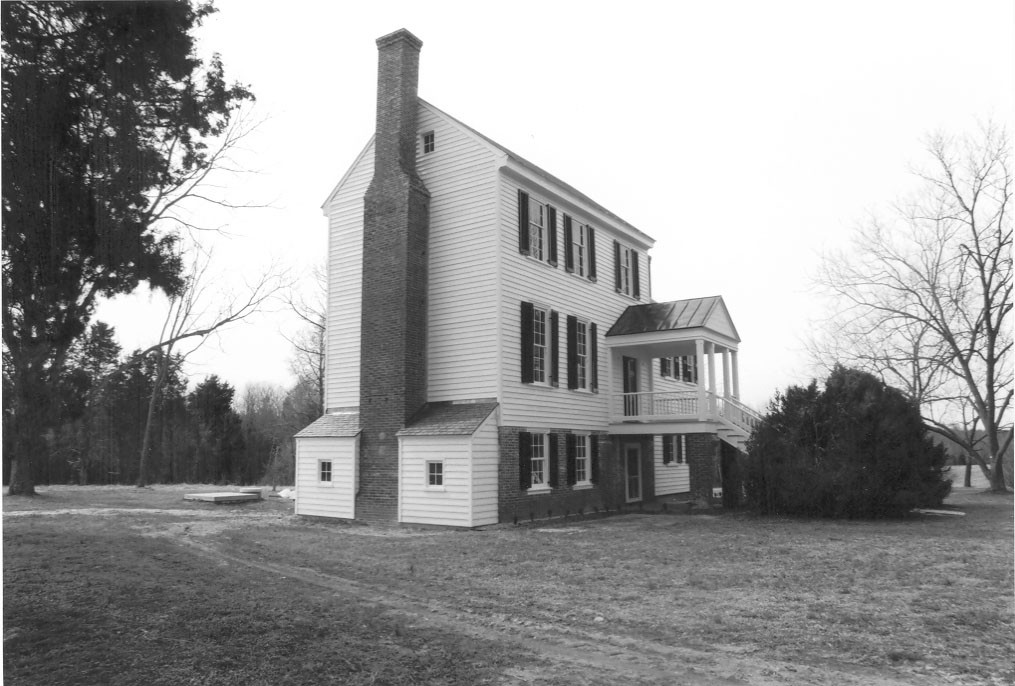 Ingleside is a late Federal-style dwelling located on rolling farmland in western Amelia County. The house is noteworthy for its highly imaginative, classically-inspired architectural detailing which appears on its chimneypieces and the two-and-one-half-story winding stair. John W. Foster built the earlier section of Ingleside in 1824. A subsequent owner, Dr. John O’Sullivan, probably built the later part of the house circa 1840. Dr. Peter Edward Anderson (1857-1907) was another prominent owner of Ingleside. Both portions of the house are fitted with impressive woodwork, demonstrating how a skillful rural joiner used molding, mantel compositions, and other decorative shapes reminiscent of the Federal style, but also used his compass, rule, plane gouges, and saws to create inventive and folk-interpreted classical motifs such as the “sun face” designs in the parlor chimneypieces. The house sits on a raised basement and features tall, slender chimneys, and pent closets.