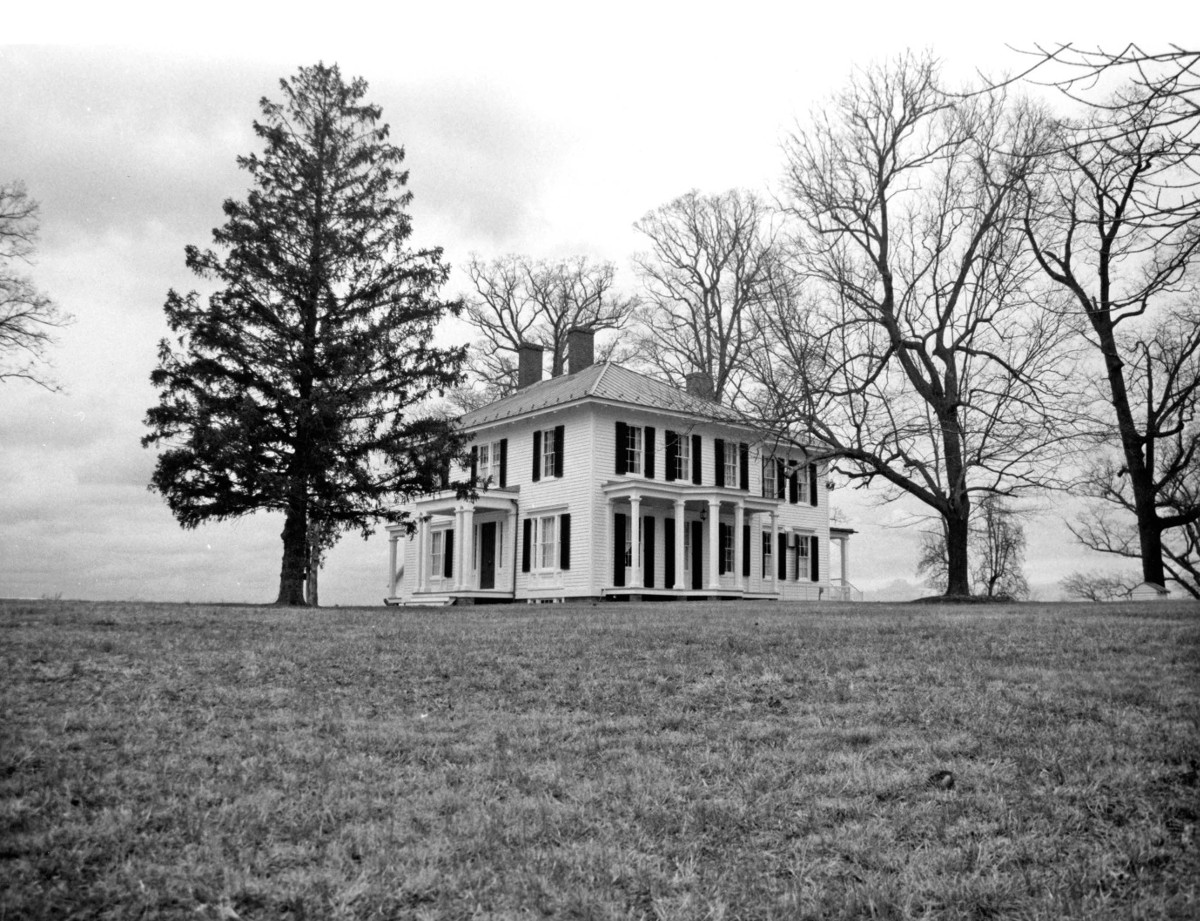 Winterham is the only known Virginia building by Thomas Tabb Giles, an accomplished amateur architect, and William Percival, a significant professional architect. Their collaboration is recorded on the recently found designs for the house, now in the collections of the Virginia Historical Society. The Italian Villa-style dwelling was built for John Garland Jefferson II about 1855, and some of its features are similar to designs found in books by Asher Benjamin. It is a restrained but refined frame house with an interior cross-hall plan. There are four original porches on the house, each of a different design. Winterham was used as a hospital for wounded Confederate soldiers after Lee’s retreat from Richmond in April 1865.