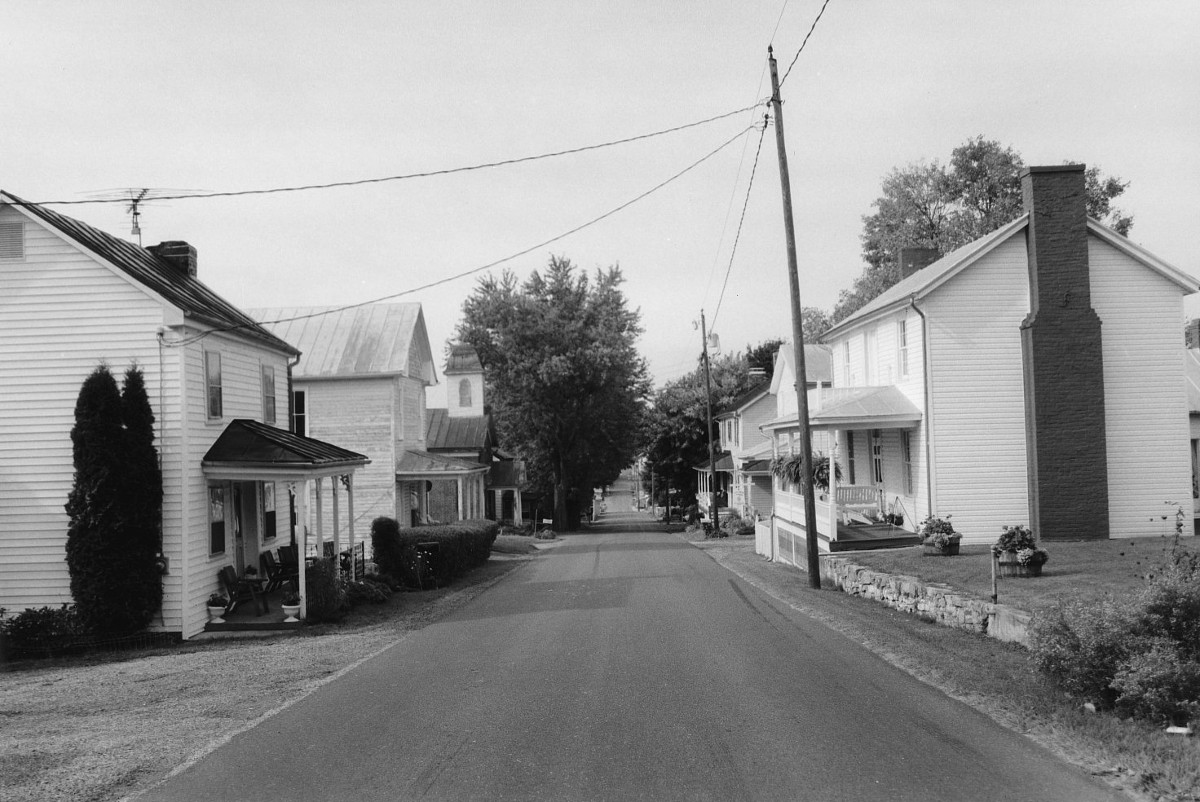 Nestled in the Augusta County countryside south of Staunton, along Route 252—the historic Middlebrook Road—Middlebrook is one of the oldest villages in the region. Its linear plan preserves a grouping of 19th-century vernacular architecture still arranged according to the original town plat. Settlement began in the 1790s by Scotch-Irish immigrants, soon followed by German settlers. The first lots were sold by William and Nancy Scott in 1799. The rows of closely spaced dwellings and stores lining the main road maintain the character of the village as it appeared during the height of its prosperity in the 1880s. A variety of archaeological sites complements the architectural record and also documents African American settlement at the west end of the village. Growth halted in the early 20th century when the Middlebrook Road ceased to be a major traffic artery.