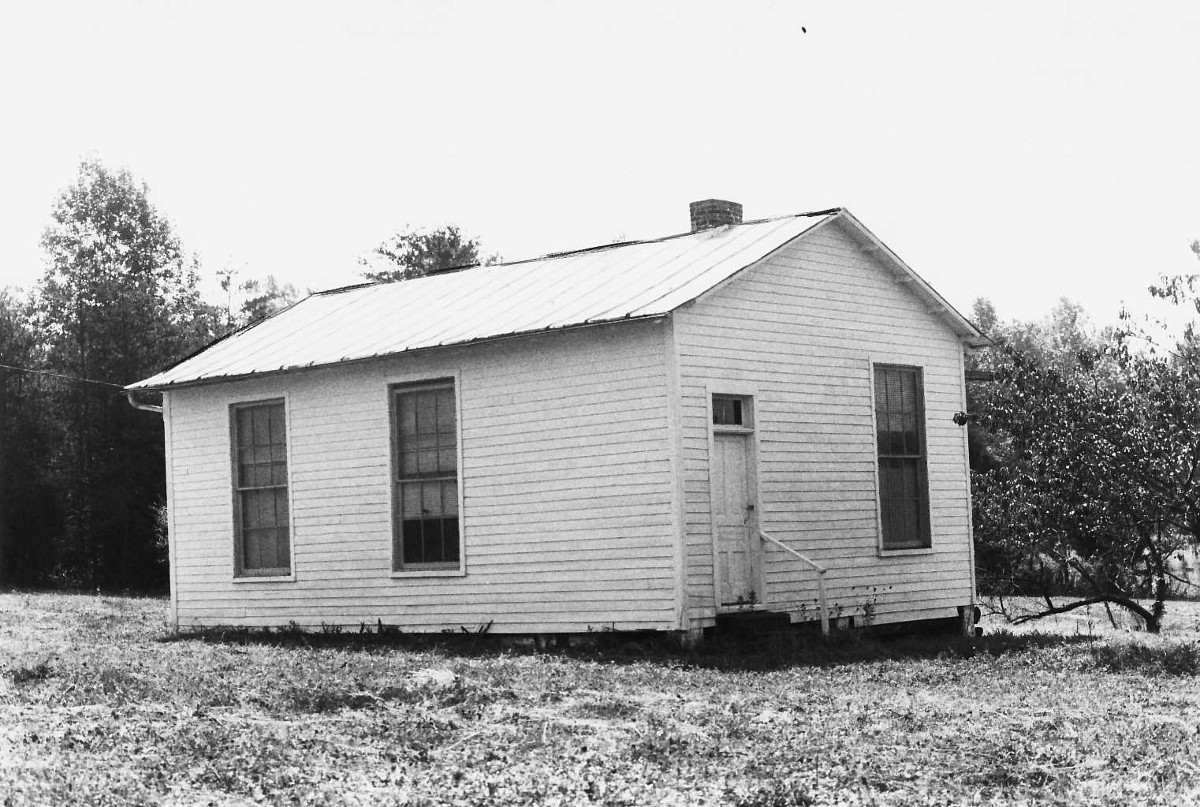 With its blending of an elementary form with more modern features, the Estaline Schoolhouse reflects the final expression of the one-room schoolhouse. Opened in 1909, the plain, gable-roofed structure is one of the last one-room schoolhouses built by the county. Because of the popularity of its teacher, the school remained in service long after most one-room schoolhouses closed, continuing until after World War II. Among its more modern features are the large windows, for light and ventilation, and a separate cloakroom. The classroom was finished with horizontal board sheathing. A low platform for the teacher’s desk formerly stood opposite the entry. Following its closing, the county rented the building and finally sold it in 1974. Though relatively unchanged since the busy days when the minds of the county youth were nurtured here, this landmark schoolhouse now stands idle.