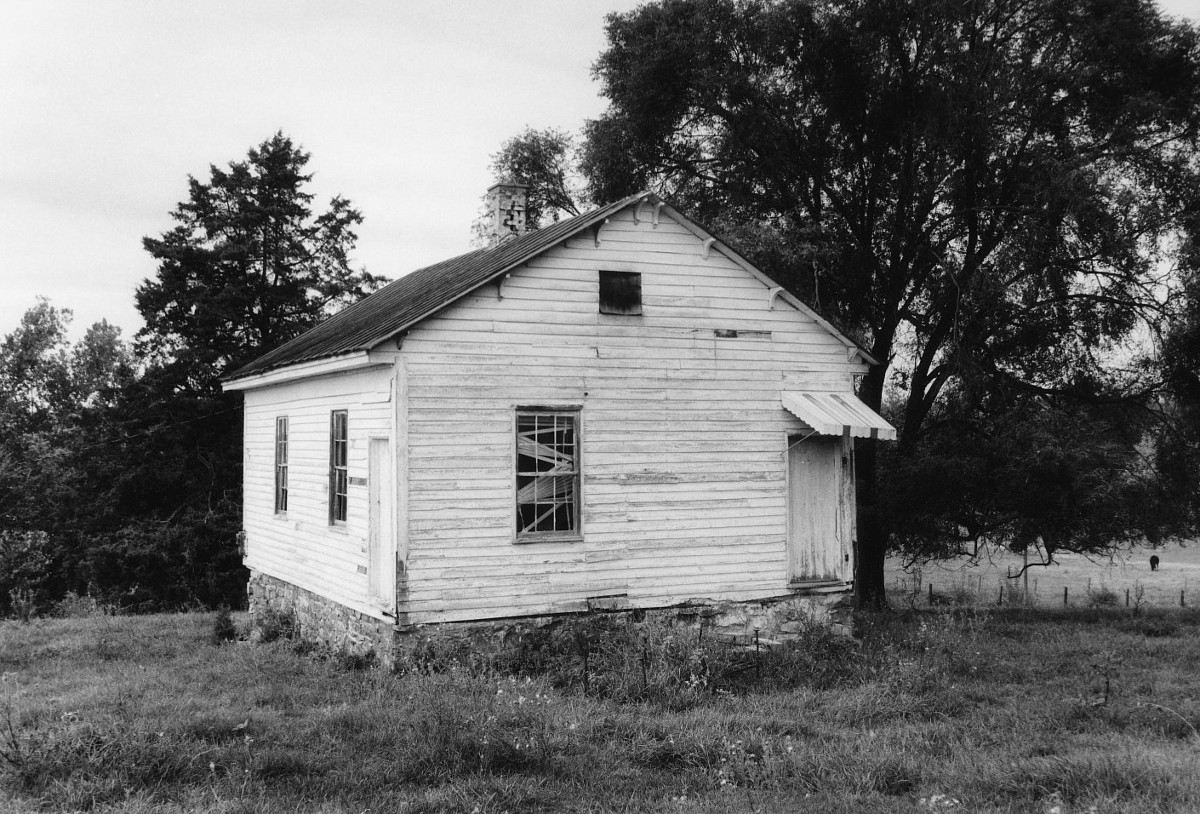 The one-room country school is an American icon. Though an educational facility could hardly be more rudimentary, thousands of these humble structures provided the fundamentals of education to America’s children for over a century. Built in 1885, the Mount Meridian Schoolhouse is among the few remaining and least altered of the numerous one-room schools that dotted the county in the late 19th century. It was constructed by the Middle River School Board and was expanded to two rooms by 1890. Like most, the building was heated by a central stove and never had interior plumbing. The school closed in 1908 and was sold into private ownership. It was rented as a dwelling in the 1930s and 40s but now stands unused in a cow pasture. The extra classroom has since been removed, returning the building to its original form.