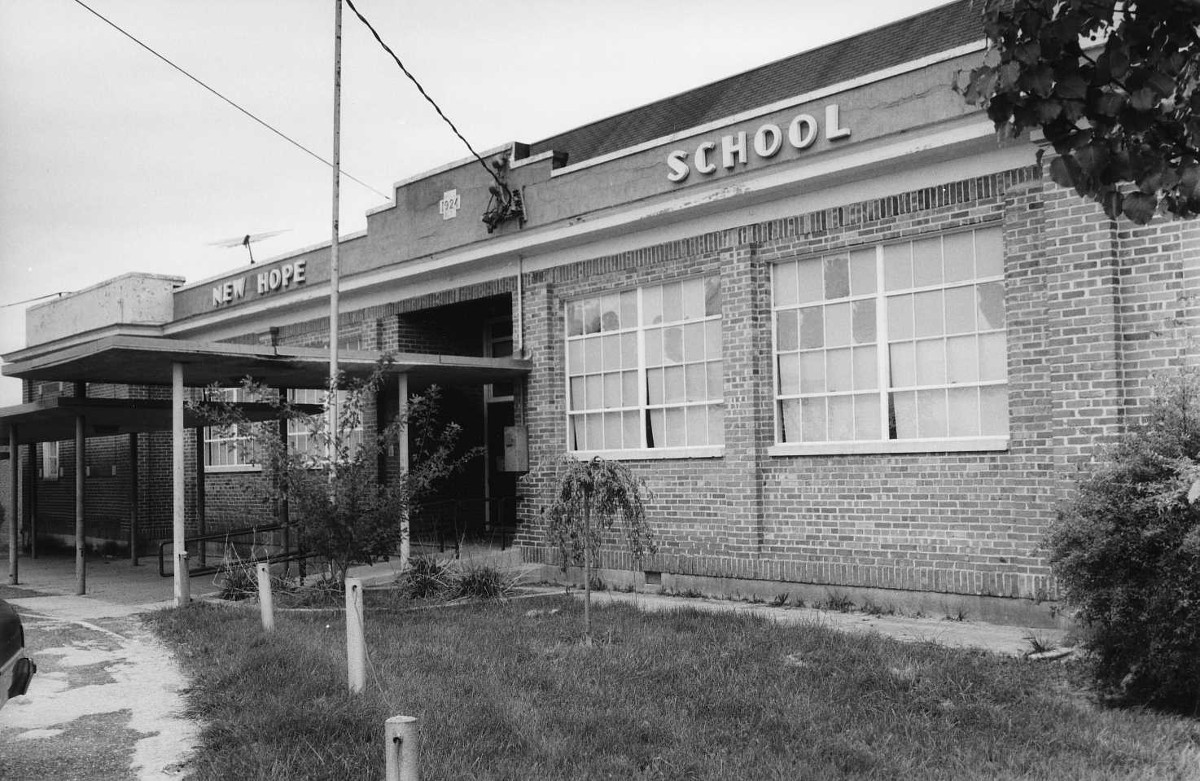 Built in 1925, the New Hope School was among the first modern high schools in August County and is the best-peserved example of the first group of central auditorium-plan consolidated schools of the 1920s. New Hope’s design conforms to one of the state Division of School Building’s standard plans, “18-F Special,” an expanded version of the “18-F,” entitled “Standard One-Story Eight-Room School, Unexcavated.” The revised plan incorporated many of the new specialized spaces suggested for modern high schools including a library, office, stage, and home economics room. The distinctive architecture reflects the emerging emphasis on functional design for public works. The school was built by the Eustler Brothers of Grottoes, who also built three similar schools for the county. The school was converted into an elementary school in 1947, at which time the modernistic front canopy was added. The building has stood unused since 1994.