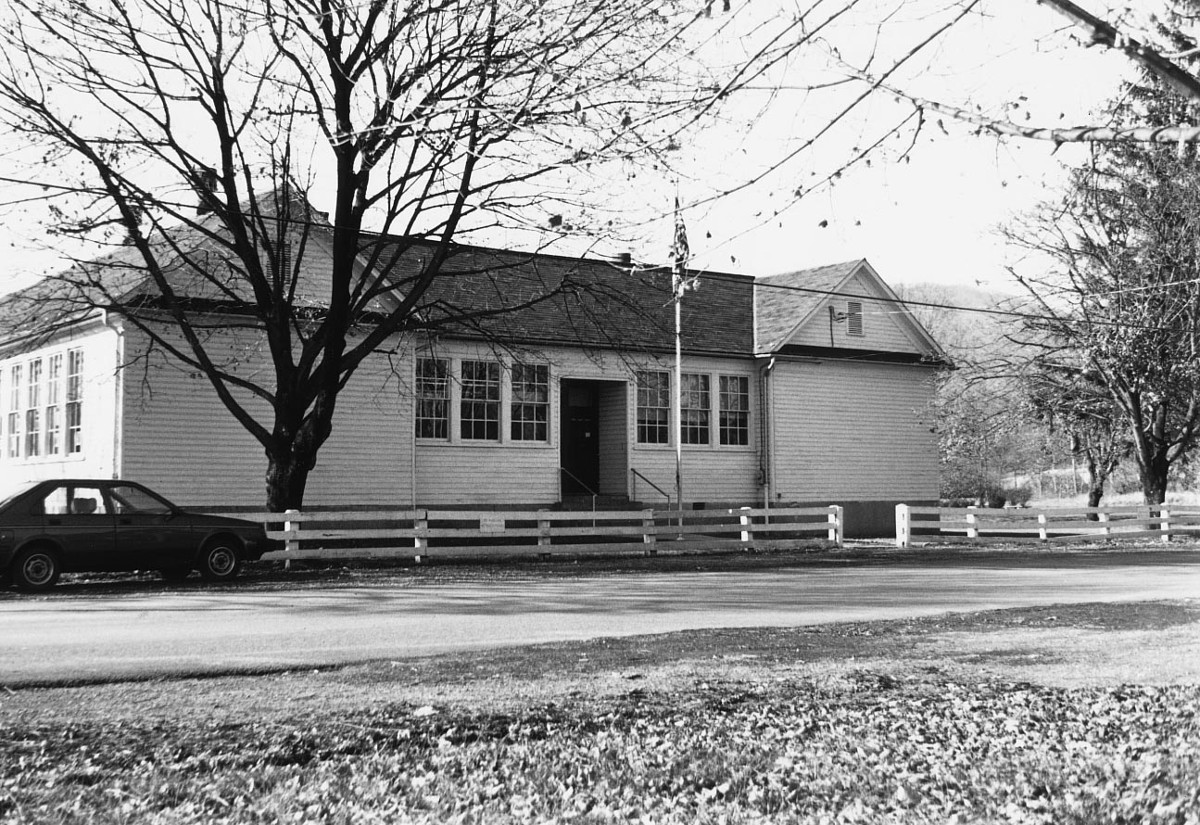 Reflecting the unhurried lifestyle of Augusta County’s remote Deerfield Valley, this plain wooden schoolhouse, opened in 1937, preserves the character of an early rural consolidated school. The building is also one of the county’s last two examples of the central auditorium-plan school, a type characterized by projecting classroom wings framing a combined gymnasium/auditorium entered directly from the front door. The plan was introduced to the county by the state’s Division of School Buildings in 1923, and was continued into the late 1930s following a halt in school construction brought on by the Depression. The building departed from the norm by being of frame construction rather than brick. The school remains remarkably unchanged despite nearly sixty years of use.