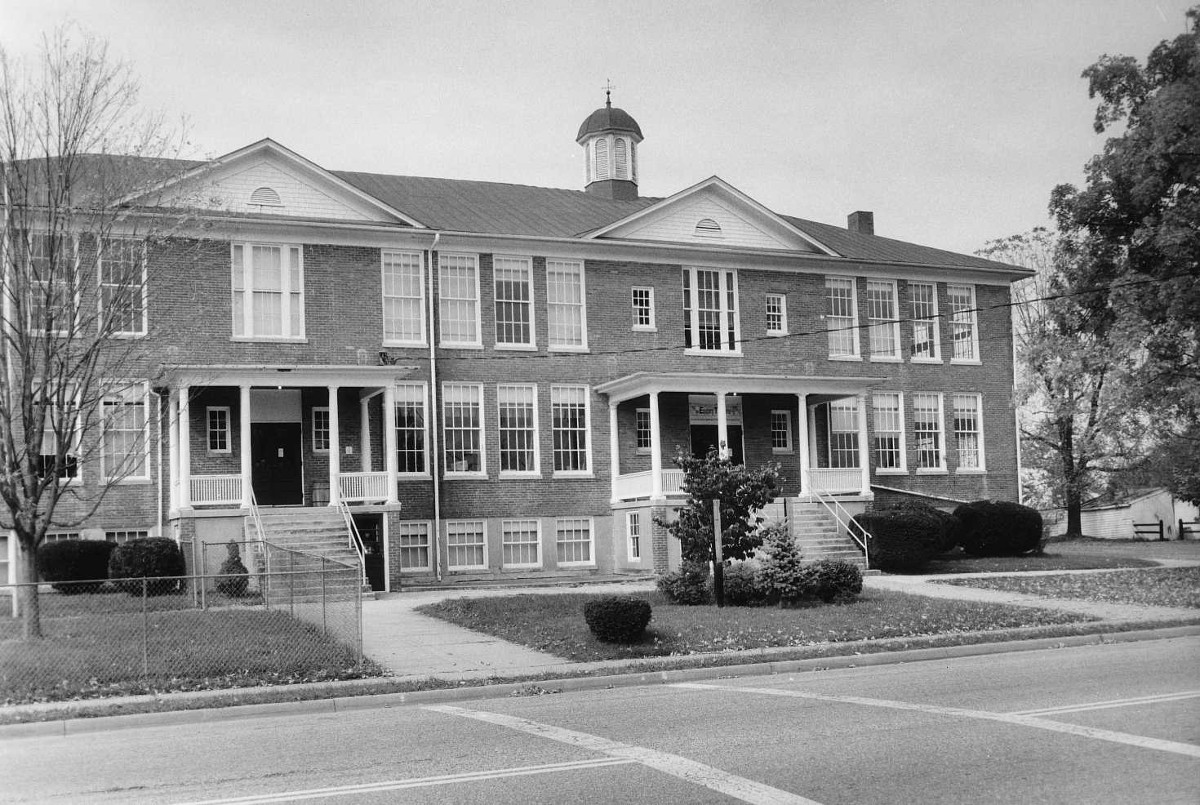 In an effort to provide fully equipped modern schools, Augusta County in the early 1900s began a program of consolidating one- and two-room schools, replacing them with finely appointed new buildings. Begun in 1916, the Weyers Cave School illustrates one of the first major accomplishments of the consolidation program. The stately structure is a vivid contrast to the tiny country schools that originally served the county. Weyers Cave played a leading roll in the development of the county’s vocational education program. It became one of the county’s two Smith-Hughes agricultural high schools, instituting a four-year agricultural program in 1926. In 1927 the Weyers Cave students organized the Future Farmers of Virginia, a club that in 1928 evolved into the nationwide organization, Future Farmers of America. The school was doubled in size in 1924. Closed in 1994, the buildings are now used by a religious organization.