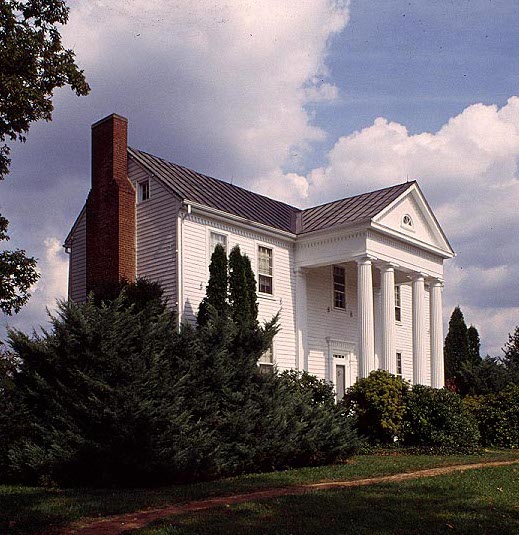 Preserving a commanding presence in the rolling farmland of western Bedford County, this country house was built ca. 1787 for Waddy Cobbs who later built the house at nearby Elk Hill. The T-shaped dwelling originally had a Palladian tripartite scheme with a two-story, temple-form center section and one-story wings. The wings were raised to two stories in the antebellum period. As with a number of Federal houses in the area, the woodwork has details based on illustrations in architectural pattern books by William Pain. From 1828 to 1904 the house was a center of local social life as the rectory of St. Stephen’s Episcopal Church, which was founded by Nicholas Hamner Cobbs, nephew of Waddy Cobbs, the original owner. The Doric portico was added soon after the house was returned to use as a private residence.