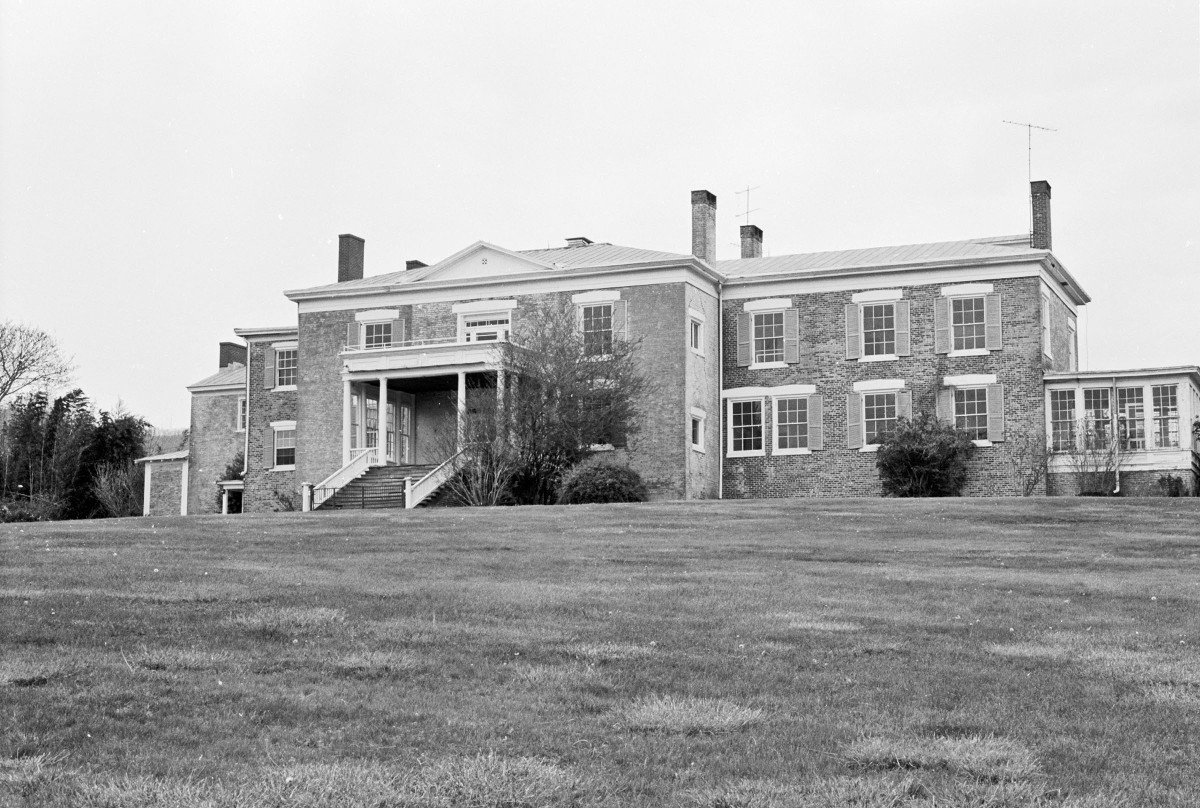 Greyledge is a great 19th-century estate seated in the midst of spectacular mountain scenery in eastern Botetourt County. The original Greek Revival two-story, brick, three-bay house was built shortly before the Civil War for the Cartmill family. The second phase of construction around 1900 was commissioned by the Pechin family. Edmund Pechin became a noted authority on mining and metallurgy and played a prominent role in the development of the western Virginia iron industry in the two decades before World War I. His wife, Mary Pechin, headed the Village Improvement Society in the nearby town of Buchanan.