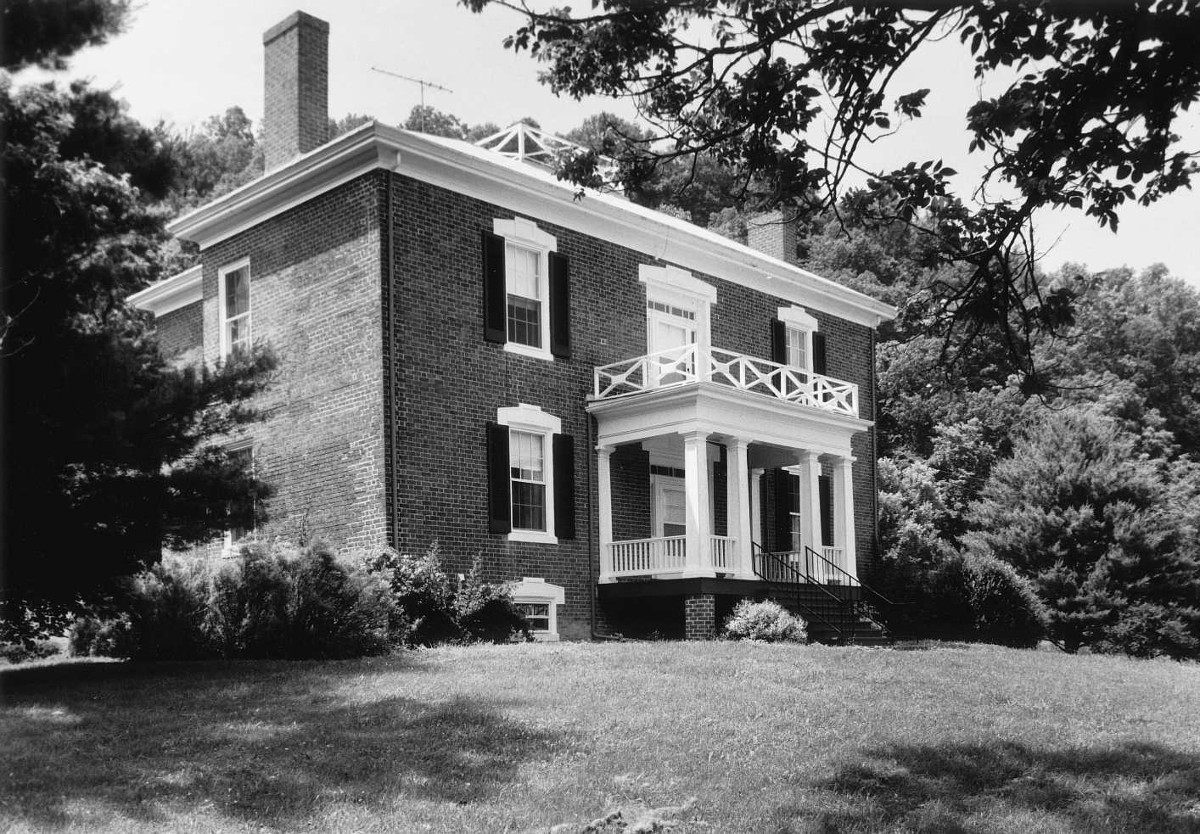 Patented in the 18th century by Benjamin Estill, Annandale is a large and prosperous farm situated along the James River in a remote corner of Botetourt County. The present house was built in 1835 for Richard H. Burks, a successful planter who ran the place with some sixty-four slaves, growing tobacco and wheat. The completion of the James River and Kanawha Canal along his property in 1851 enabled Burks to ship his crops directly to market. Though an accomplished example of country Greek Revival, the general form of the house follows a traditional Georgian format with a double-pile plan, three-bay facade, and hipped roof. The Grecian qualities are restricted to details such as the Greek fret window lintels and symmetrical architrave door and window frames. The parlor has an ornamental plasterwork cornice and ceiling medallion. An unusual hexagonal brick smokehouse is an original outbuilding.