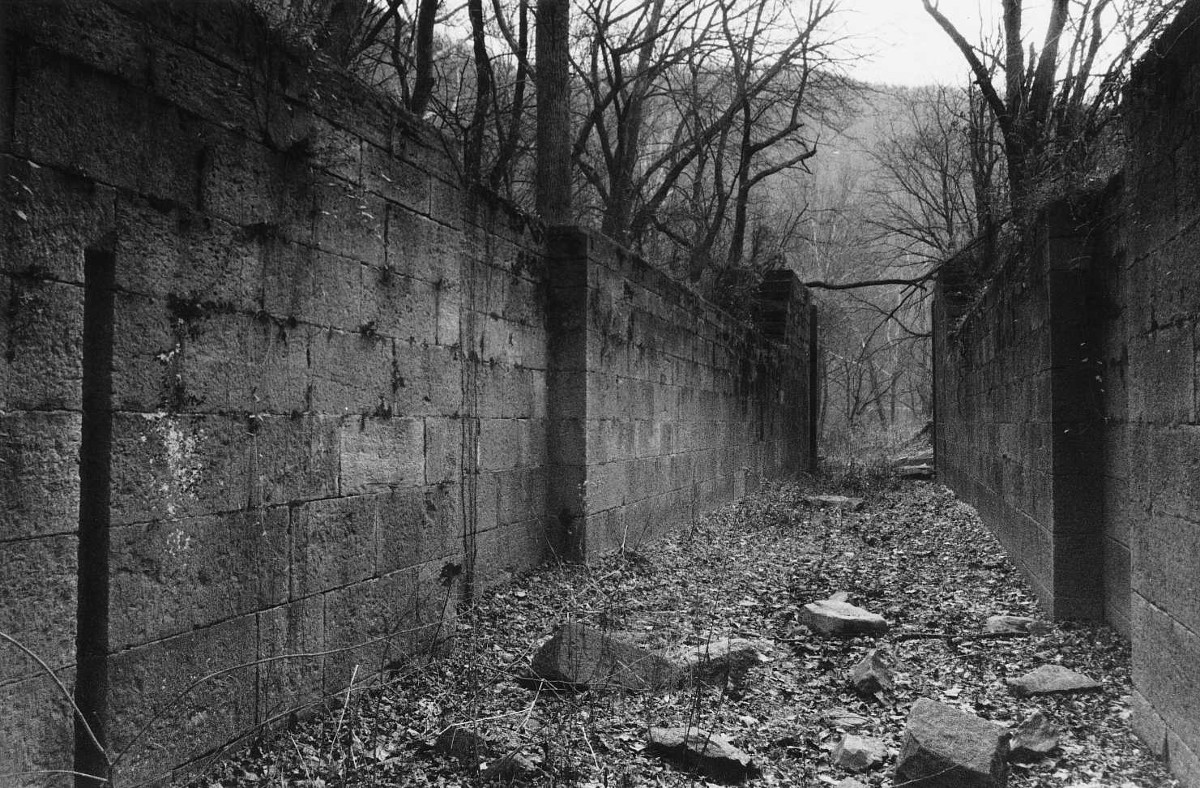 As with most of the surviving structures of the James River and Kanawha Canal system, this complex, consisting of a guard lock, guard wall, dam abutment, and towpath culvert, displays the artistry of the stonemason. The construction was supervised by skilled Scottish and Irish masons, although much of the labor was local, possibly slave. The structures are also the best preserved canal remnants of the fifty-mile stretch between Lynchburg and Buchanan. Constructed between 1851 and 1858, this section flourished as a travel and trade artery until the Civil War. It returned to use after the war but was dealt a crippling blow in the flood of 1877. The canal company’s assets were purchased by the Richmond and Alleghany Railroad in 1880 and the Varney Falls section was displaced by the railroad in 1881. The complex is now in private ownership.