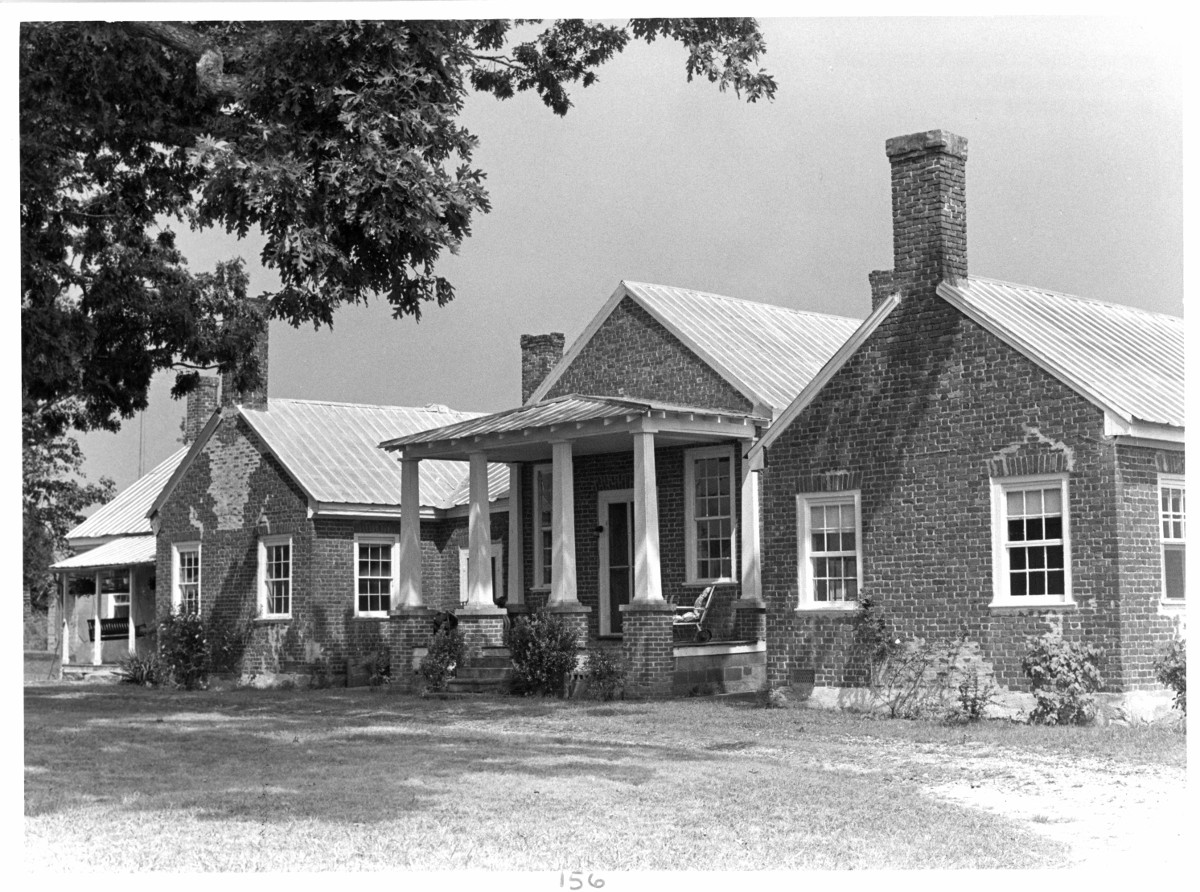 Erected in 1794, this sectioned, one-story plantation dwelling is a provincial interpretation of the five-part Palladian scheme popularized by designs illustrated in Robert Morris’s Select Architecture of 1755, an English pattern book that influenced various colonial and Federal-period Virginia houses. One of Brunswick County’s few 18th-century brick houses, Hobson’s Choice was originally the home of Dr. Richard Feild, an Edinburgh-educated physician well known for his expertise in botany and astronomy. Feild served as editor of the Petersburg Commercial Advertiser and the Intelligencer. He also was an elector of the electoral colleges that put Thomas Jefferson and James Madison in the White House. Except for the addition of the 20th-century front porch the house survives without significant alteration. The interior is embellished with paneled mantels and wainscoting.