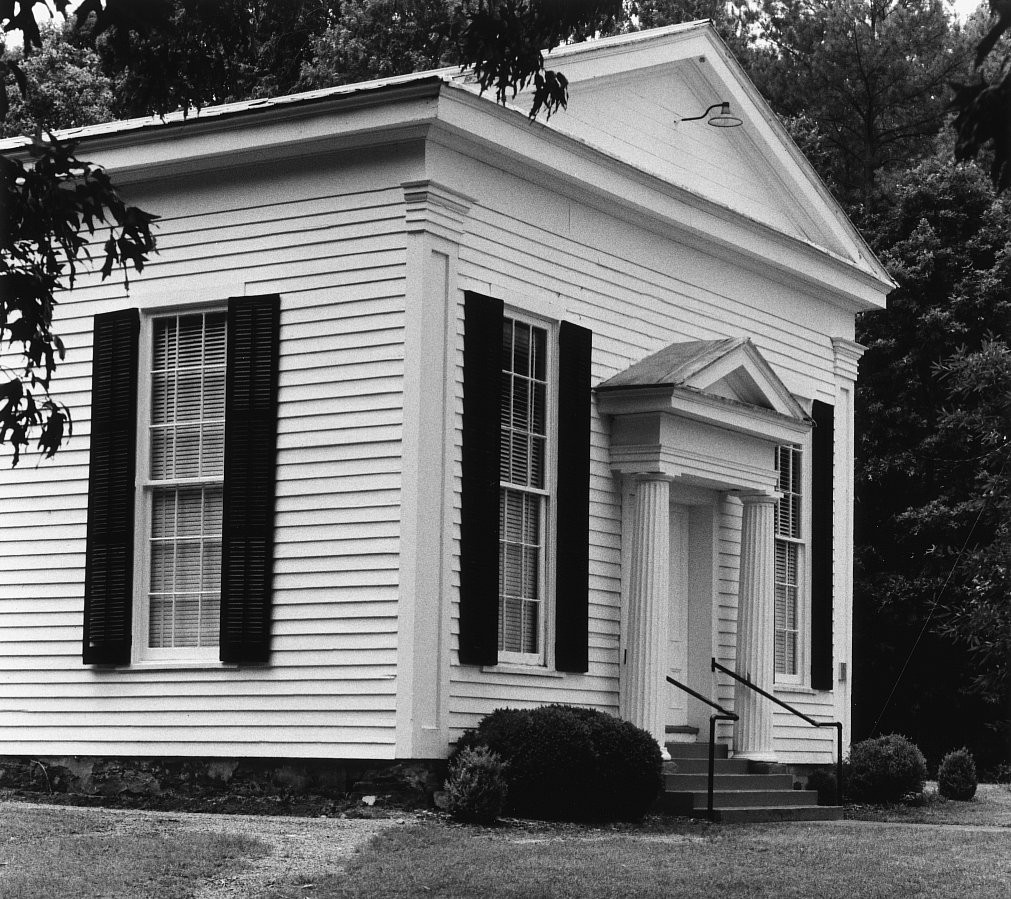 Characterized by a peaceful dignity, this wooden church is a demonstration of the eye for design that can be found in even the most rural areas of the state. Erected in 1857, the Classical Revival Rocky Run Methodist Church is the handiwork of a Lynchburg builder ironically named Thomas Jefferson. The name Thos Jefferson is carved in the base of the east porch column. According to a letter published in the Richmond Advocate in 1857, plans for the church were secured by Mr. Jefferson from a Methodist church in either Petersburg or Richmond. The same letter noted that construction funds were donated by Col. I. Trotter, whose parents were among the first Methodists in Brunswick County. Deftly handled classical elements, including a pedimented roof, corner pilasters, and dwarf Doric portico lend an assured competence to the otherwise simple structure. The church remains in regular use.