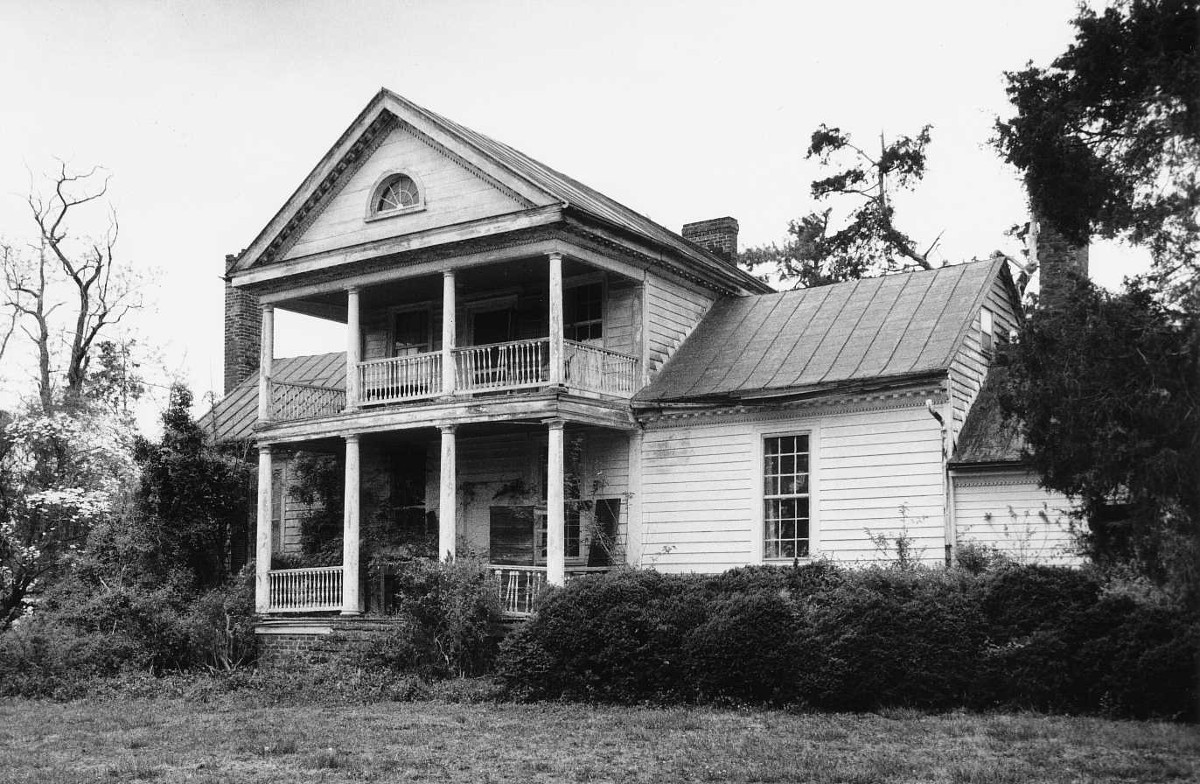 Federal Hill, a regional interpretation of the Palladian tripartite house, was built in 1782 for James Steptoe, the second clerk of Bedford County and a lifelong friend of Thomas Jefferson. Jefferson’s Bedford County retreat, Poplar Forest, is only a few miles from Federal Hill, and Jefferson visited Steptoe whenever he was in the area. It thus may have been Jefferson’s guiding architectural influence that led Steptoe to employ a Palladian-derived format with a porticoed, temple-form center section. Jefferson had used a similar scheme in his first designs for Monticello and continued to advocate it for the residences of friends and associates. Still standing on the grounds of Federal Hill at the time of its listing was the second clerk’s office of Bedford County, used by Steptoe throughout his long public service.