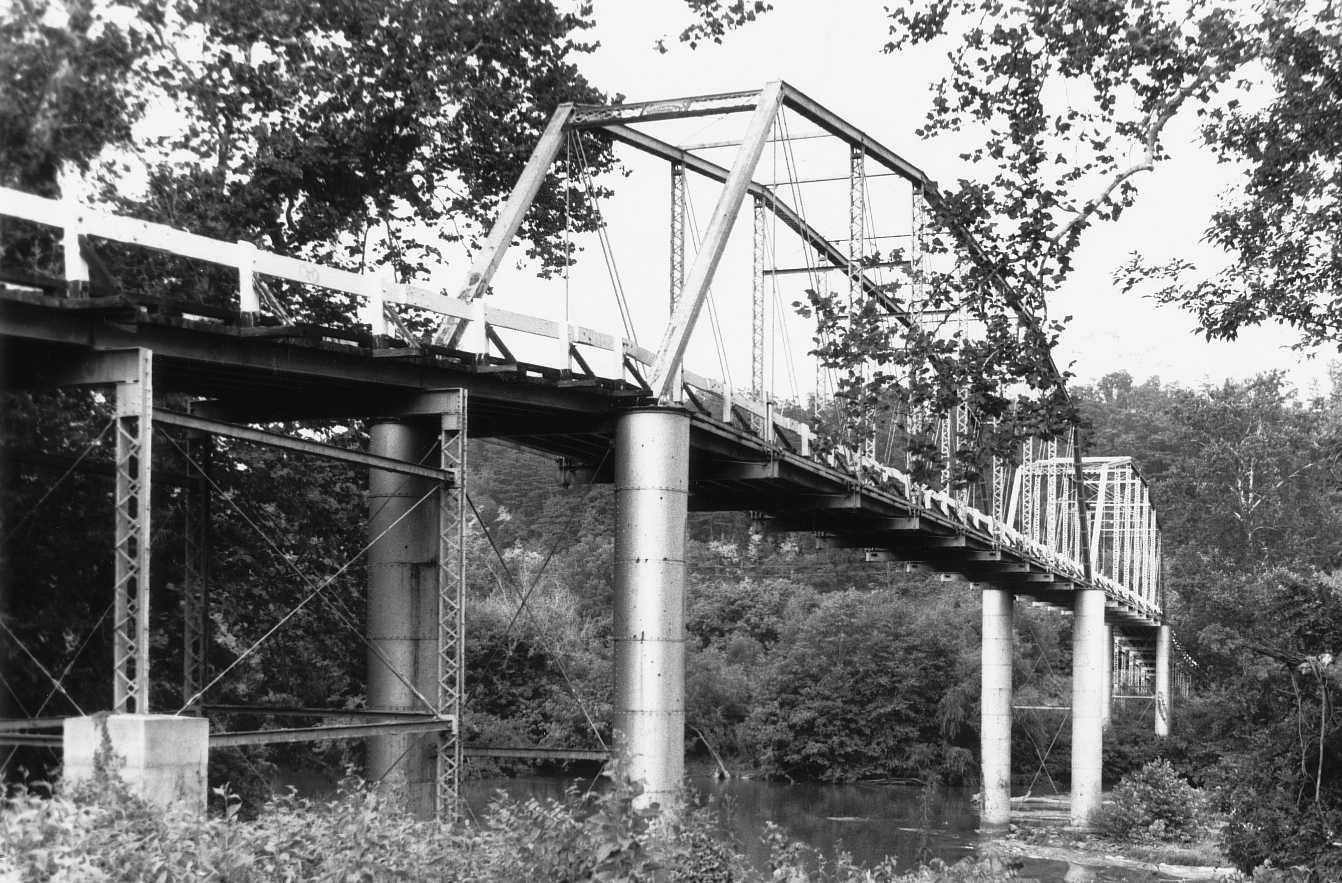 The Mansion Truss Bridge, crossing high above the Staunton River from Campbell County into Pittsylvania County, is a rare surviving type among Virginia’s collection of metal truss bridges. It consists of two camelback through trusses and fifteen steel-beam approach spans. The bridge was constructed by the Brackett Bridge Company in 1903 and probably replaced a covered bridge. It takes its name from the 18th-century mansion of settler John Smith that stood on a hill nearby. Its stone piers have been replaced by lolly columns, steel cylinders filled with concrete. By the mid-1990s, the bridge was targeted for replacement by the Virginia Department of Transportation.