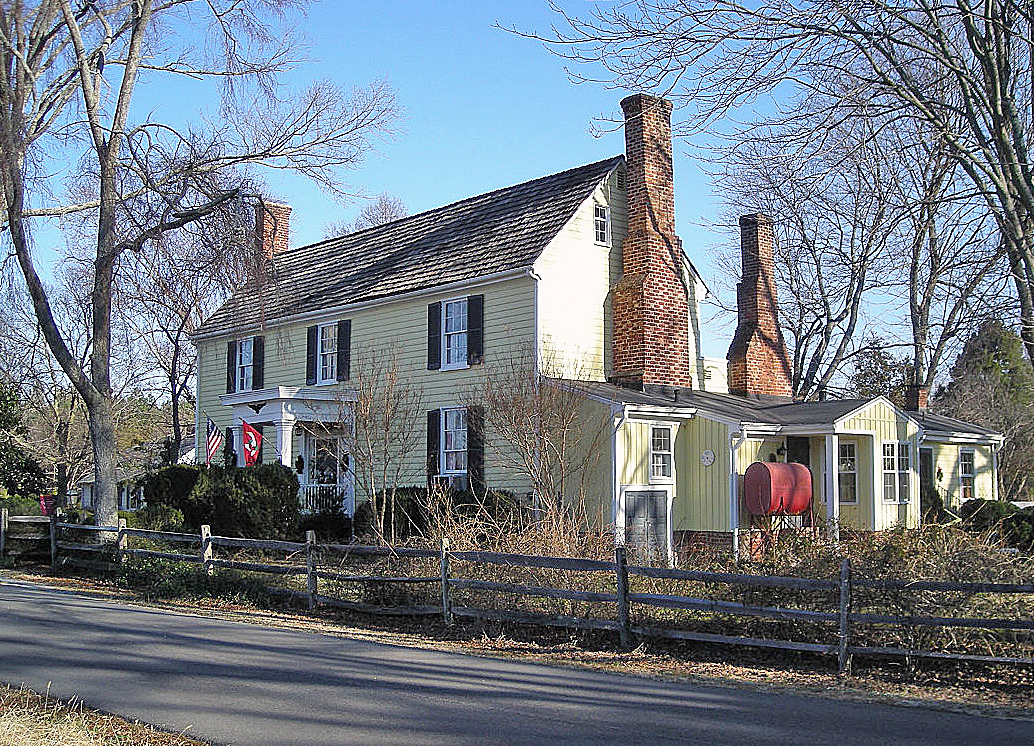 The Grove is an evolved house displaying intact craftsmanship from the 18th and 19th centuries. Constructed about 1787 during the ownership of Susannah Foster as a simple frame house, it was expanded about 1800 and again in the mid-19th century. It sits on the “Stage Road” that would later become U.S. Route 301/Route 2, in a southern part of Caroline County well known for its role as a thoroughfare for people and goods traveling between Williamsburg, Richmond, and points farther north. It may have served as a stagecoach tavern in the 18th century, though there has not yet been evidence found to confirm this. Due to its location on the Stage Road close to Littlepage’s Bridge over the Pamunkey River, the Grove property may also have been the scene of Revolutionary War activity. As the house continued to evolve to meet its inhabitants’ needs throughout the 19th and mid-20th centuries, the property also acquired ancillary structures including a two-story 1920 water tower and a family cemetery begun in 1869.