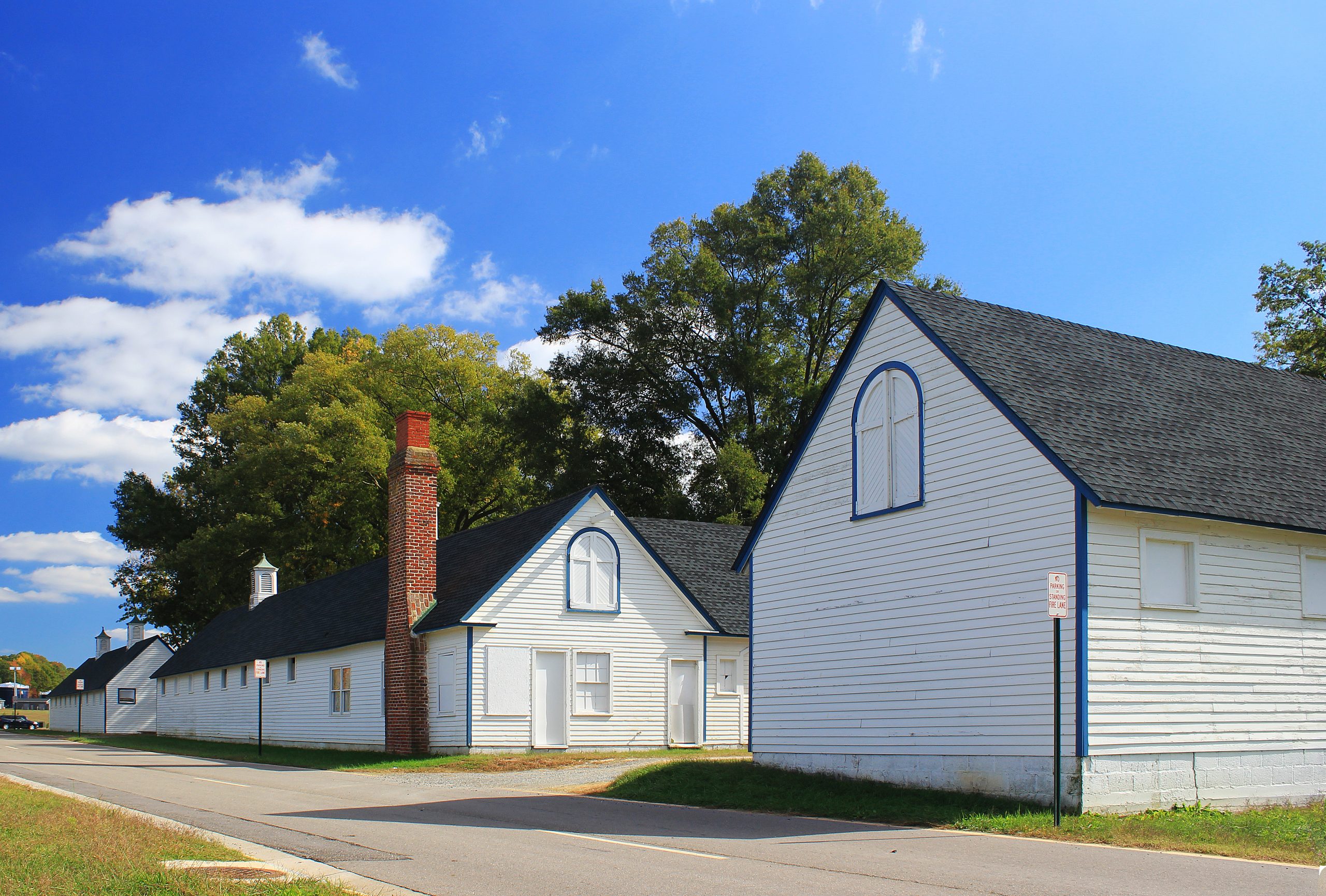 The Meadow Historic District, in Caroline County, is comprised of stables and agricultural buildings associated with the thoroughbred horse breeding and racing operation established by Christopher Thompkins Chenery, beginning in 1936 when he bought the property and constructed many of its buildings. The Meadow had its greatest success under the leadership of Chenery’s daughter, Penny Chenery Tweedy, a trailblazer for women in the sport. She presided over business operations when Meadow Stable won five of six consecutive Triple Crown races, beginning in 1972 with Riva Ridge’s win of the Kentucky Derby and Belmont Stakes and continuing in 1973 when Secretariat won the Kentucky Derby, Preakness, and Belmont Stakes, becoming the first horse in 25 years to win the Triple Crown—and the only one of the 11 Triple Crown winners since 1919 to break all three track records. No other racing stable had ever accomplished this feat. The Meadow Historic District features stables designed by Chenery in a Colonial Revival style with clapboard siding painted white with corner caps in royal blue (the colors of his alma mater, Washington and Lee University) and includes Secretariat’s foaling shed. At the time of the listing of the district, all three of Secretariat’s 1973 Triple Crown track records had stood for 41 years.