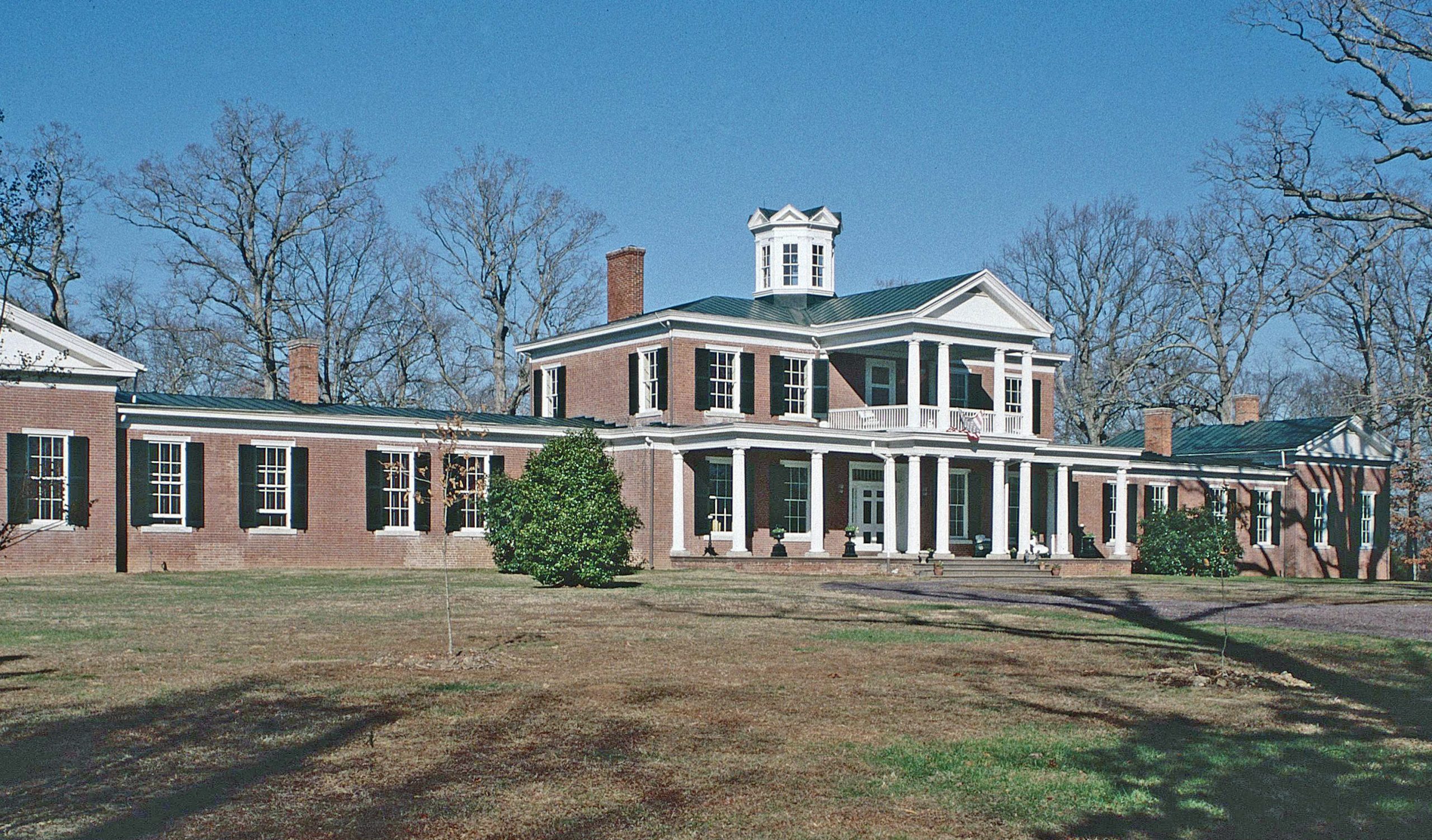 Moss Neck Manor ranks among Virginia’s outstanding examples of Greek Revival plantation architecture. Built circa 1856 for James Parke Corbin, the five-part Palladian composition is 225 feet long – one of the longest in Virginia. The original park-like setting in Caroline County is preserved with mature trees, terraced garden, and a nearly two-mile, shaded entrance drive. During the Civil War, Gene4ral Stonewall Jackson used the plantation for encampment of his Confederate troops during the winter of 1862-1863. In 1938, Theodore V. Houser, then a vice president of Sears, Roebuck & Co., purchased the long-neglected property and converted it into a prestigious estate.