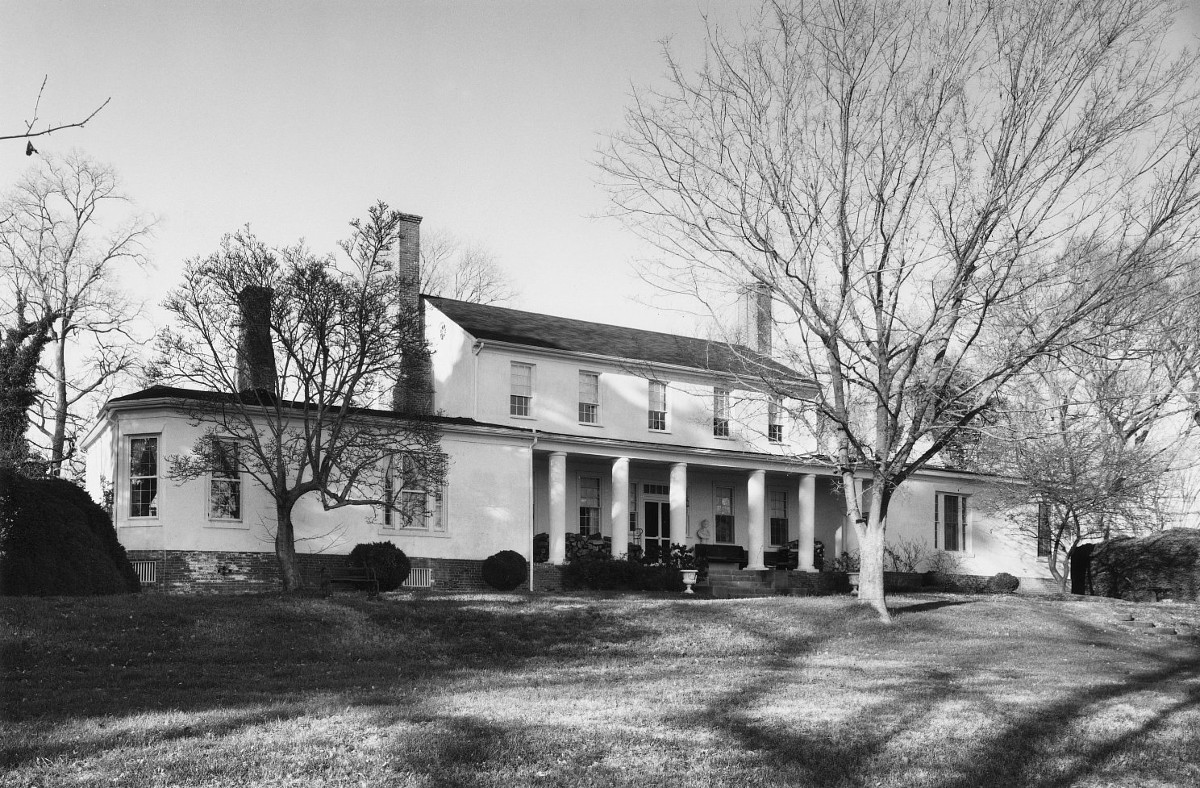 Gay Mont, on a terraced ridge above the Rappahannock River valley, preserves an extensively documented historic garden. The garden was the creation of John Hipkins Bernard, who during an 1818 visit abroad became impressed by French landscape and garden design. Upon his return he laid out a geometric garden, the shrubbery-lined gravel paths of which are intact. Bernard ordered many plants and seeds from Europe, the records for which survive in the Bernard papers. Gay Mont’s house, built ca. 1800 for Port Royal merchant John Hipkins by Richard and Yelverton Stern, burned in 1959, but the 1820 stuccoed wings and Tuscan colonnade added by Bernard, his grandson, survived and were incorporated into the reconstructed house. Gay Mont was owned by Bernard descendants until 1976 when it was deeded to the Association for the Preservation of Virginia Antiquities with a life tenancy for the donors.