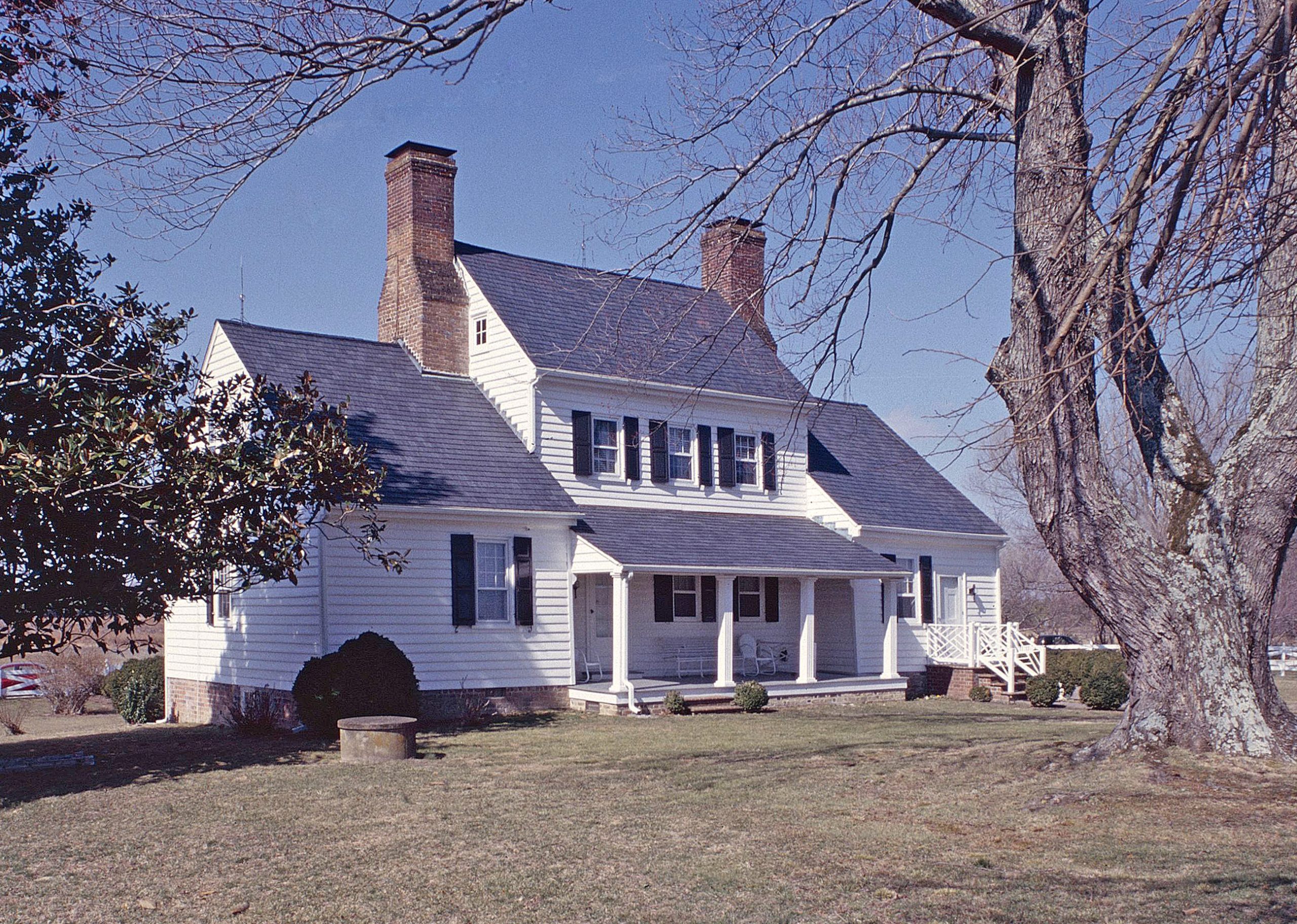 Though Green Falls is obviously a dwelling of great age, its construction date is uncertain. Claims have been made that the house was built in 1710 for Richard Johnston. Architectural evidence, however, points to a date in the second or third quarter of the 18th century. The Caroline County house thus could have been the building that served as Johnston’s Tavern, for which Thomas Johnston was issued a tavern license in 1747. The property was acquired in 1800 by Robert Wright, who added the south wing around 1808. The house is distinguished by its tall proportions and side-passage plan. The dominant features are the massive brick chimneys. Some early trim survives on the interior, but most dates from the mid-19th century. On the grounds is an 18th-century smokehouse. Seen across the fields, the house presents a memorable picture of Tidewater’s early cultural landscape.