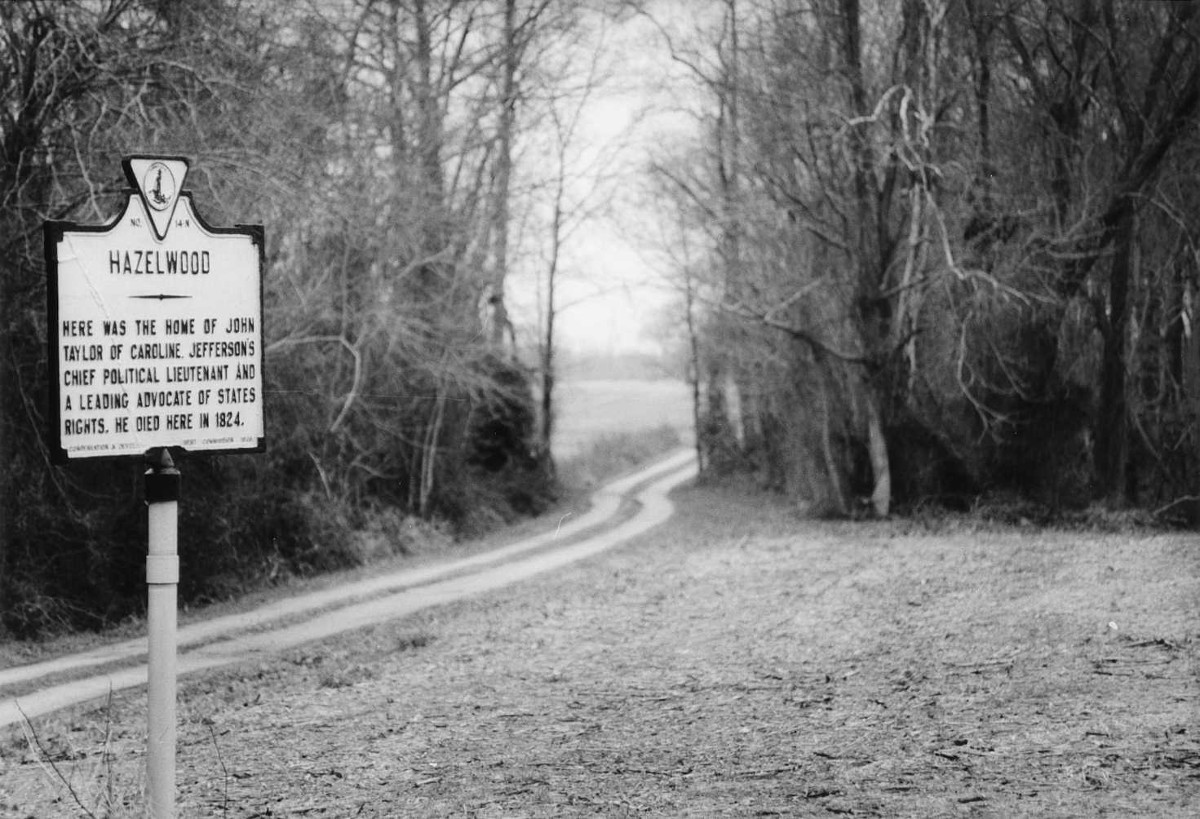 Hazelwood was the home plantation of agrarian political economist John Taylor of Caroline, a champion of Jeffersonian Republicanism. Taylor wrote keenly perceptive political pamphlets. His Inquiry into the Principles and Policy of the Government of the United States (1814) was a significant contribution to American political science. Taylor also wrote essays about his experiments with improved agricultural methods at Hazelwood, published in book form as The Arator in 1813. The main house at Hazelwood, erected in the mid-18th century and added to by Taylor, was destroyed by fire during the Civil War. An 1816, insurance policy of the Mutual Assurance Society shows the house to have been a two-story brick structure with lower wings connected by hyphens. Archaeological excavation could yield new insights on a major historic plantation complex. Hazelwood’s fields continue to be farmed.