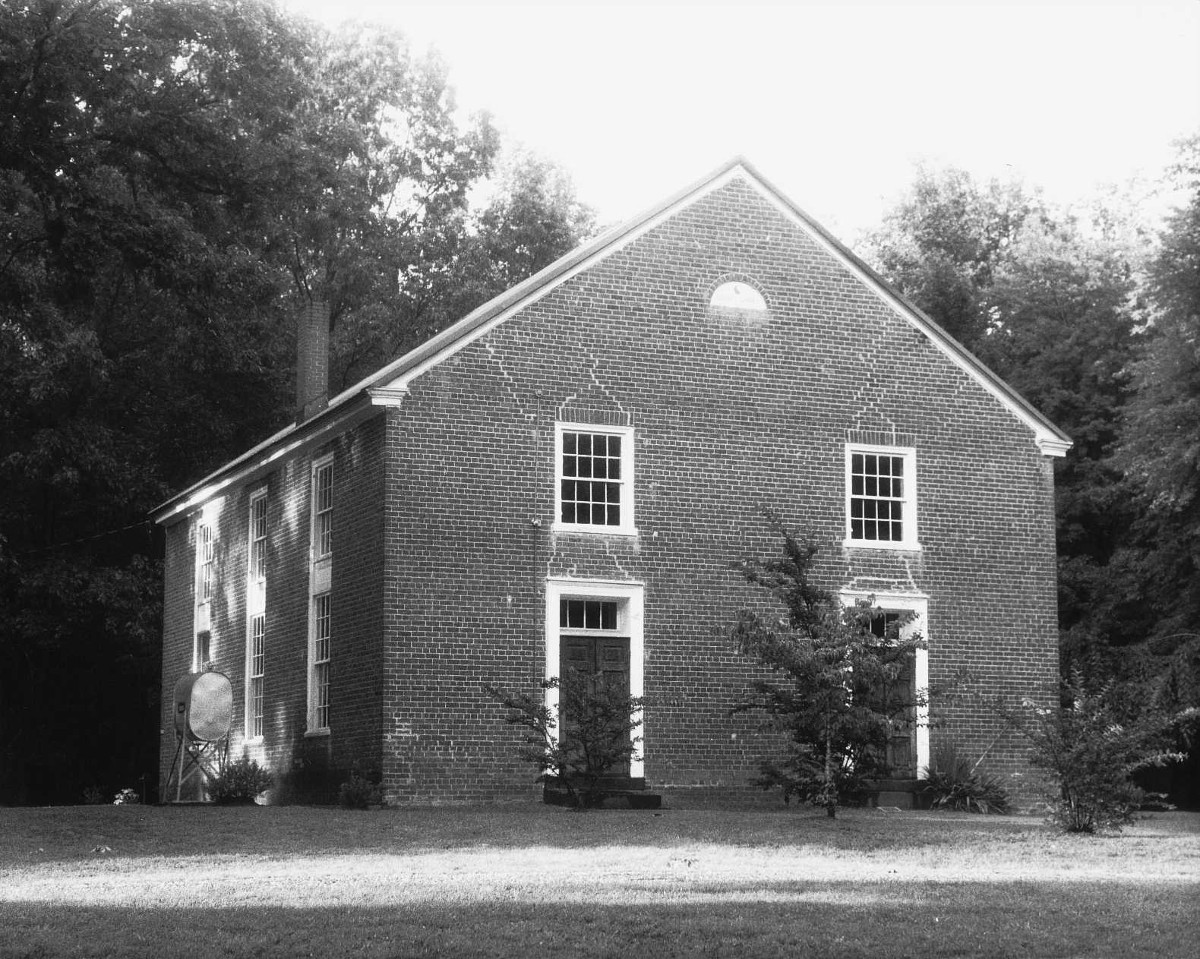 This rural site has been used for religious purposes since 1796 when the Liberty Baptist meeting erected a frame church here. For the first half of the 19th century, the majority of Liberty’s members were African American—mostly slaves who attended services with their masters. The present brick church was built in 1850. The plain, gable-roof structure follows a standard form used for numerous meeting houses, both brick and frame, built through the Virginia countryside for over a century. Common features are the two entrances and an upper tier of windows to light an interior gallery. Liberty’s sober dignity was a reflection of the meeting’s strict moral code which forbad dancing, non-attendance, and intemperance. The church served the Baptists until 1941 when the property was included in the A. P. Hill Military Reserve. Since 1942 it has been the post chapel.
[VLR Listed Only]