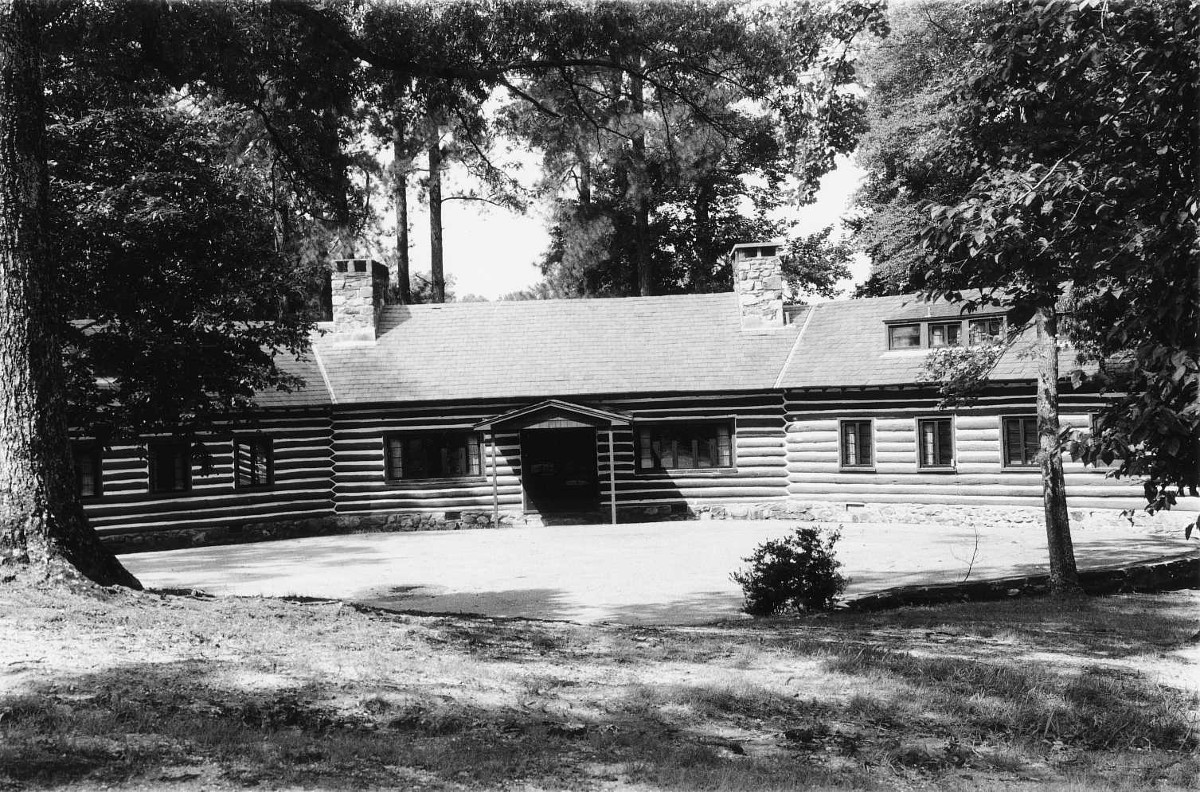 Set within the vast Fort A. P. Hill, this district consists of 150 acres of mostly wooded terrain around Travis Lake, a large 18th-century millpond. A gristmill and sawmill were operated here from the 1890s until 1920 by Francis Marion Travis. The serene quality of the area attracted Washington patent attorney, Charles M. Thomas, who purchased the lake and surrounding acreage in 1937. Here Thomas and his wife constructed a rustic retreat later known as the Lodge. The commodious log structure is in the tradition of the camps established in the Adirondacks by wealthy individuals in the late 19th century. The Thomases’ haven was incorporated into the A. P. Hill Military Reservation (now Fort A. P. Hill) in 1941. The Lodge served as an officers’ club and today is a retreat for both military personnel and civilians.
[VLR Listed Only]