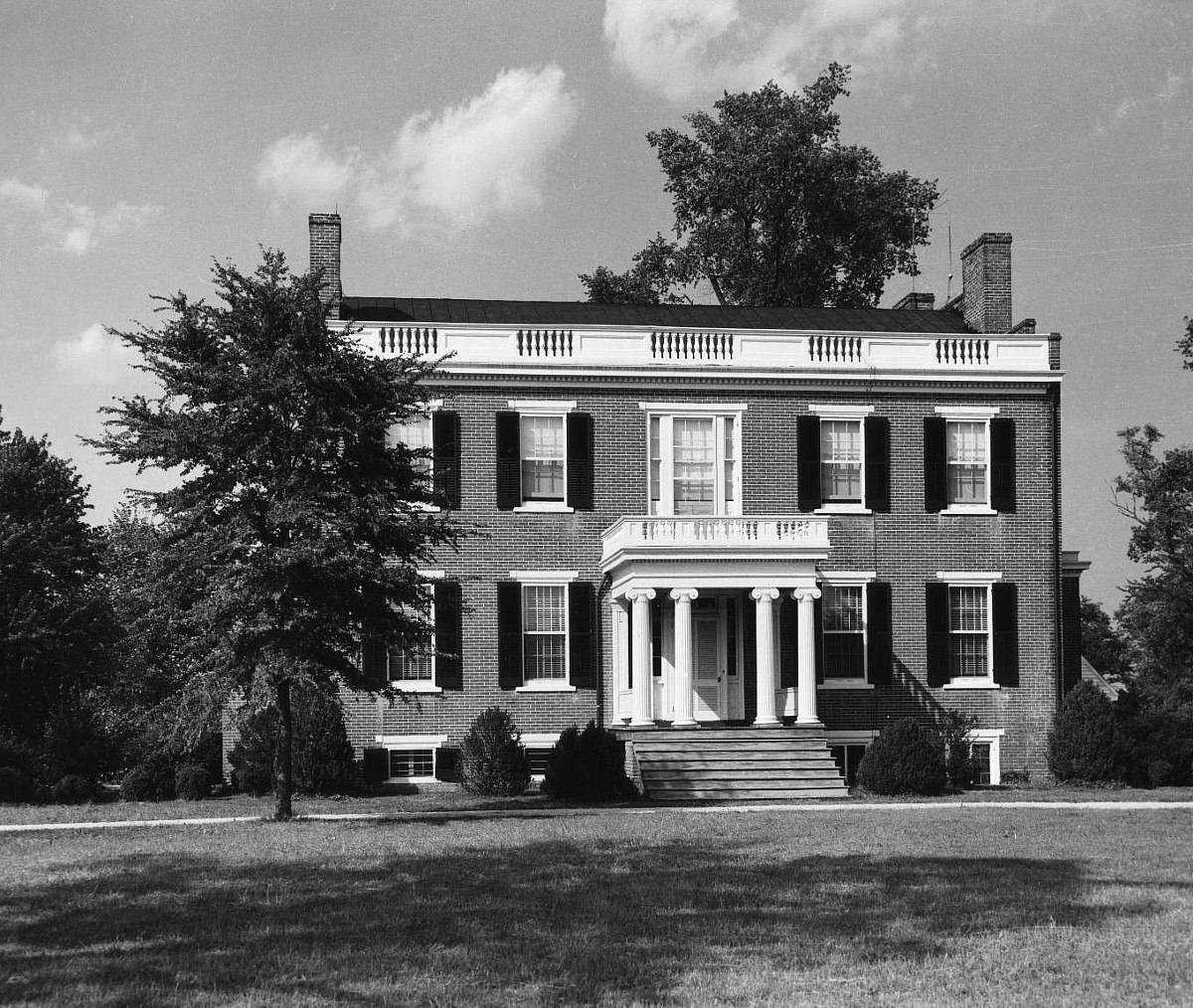 William Jerdone, one of Charles City County’s wealthiest planters, built Mount Stirling in 1851. An exceptional example of high-style Greek Revival architecture, the house was erected at a time when few major plantation dwellings were being built in eastern Virginia. Untouched by change, the mansion, with its balustraded parapet, dwarf Ionic portico, and neat brickwork, is a rural, five-bay version of the three-bay Greek Revival town houses that formerly filled downtown Richmond. Its architectural formality is reinforced by its visual dominance of its landscaped setting. Original hardware, mantels, and woodwork display the fine craftsmanship of Mount Stirling’s builders who probably had Richmond connections. A frame kitchen building, dating from a preceding 18th-century plantation complex, is the only remaining dependency. The plantation was occupied by Union troops in 1862 and again in 1864.