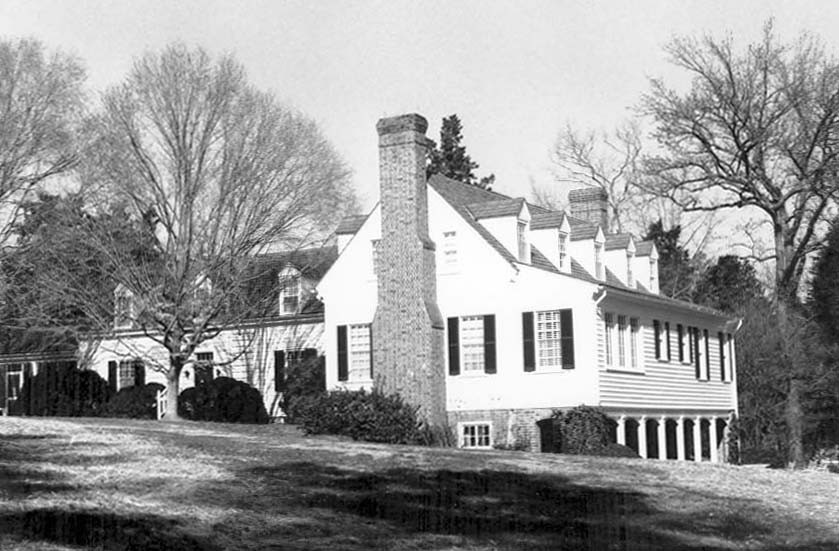 Dogham, on the north bank of the James River, has been farmed for more than 350 years by the interrelated Royall, Isham, and Harrison families. While the house on the site reached its present form in two main phases in the 19th and 20th centuries, its framing contains a group of anomalies that probably indicate construction of a considerably earlier date. Its classic Virginia-form dormers, end chimneys, and white weatherboards repeated in its several building phases well symbolize its long history. The site includes a number of farm buildings, a cemetery, and a brick-making site that operated in the second quarter of the 19th century.