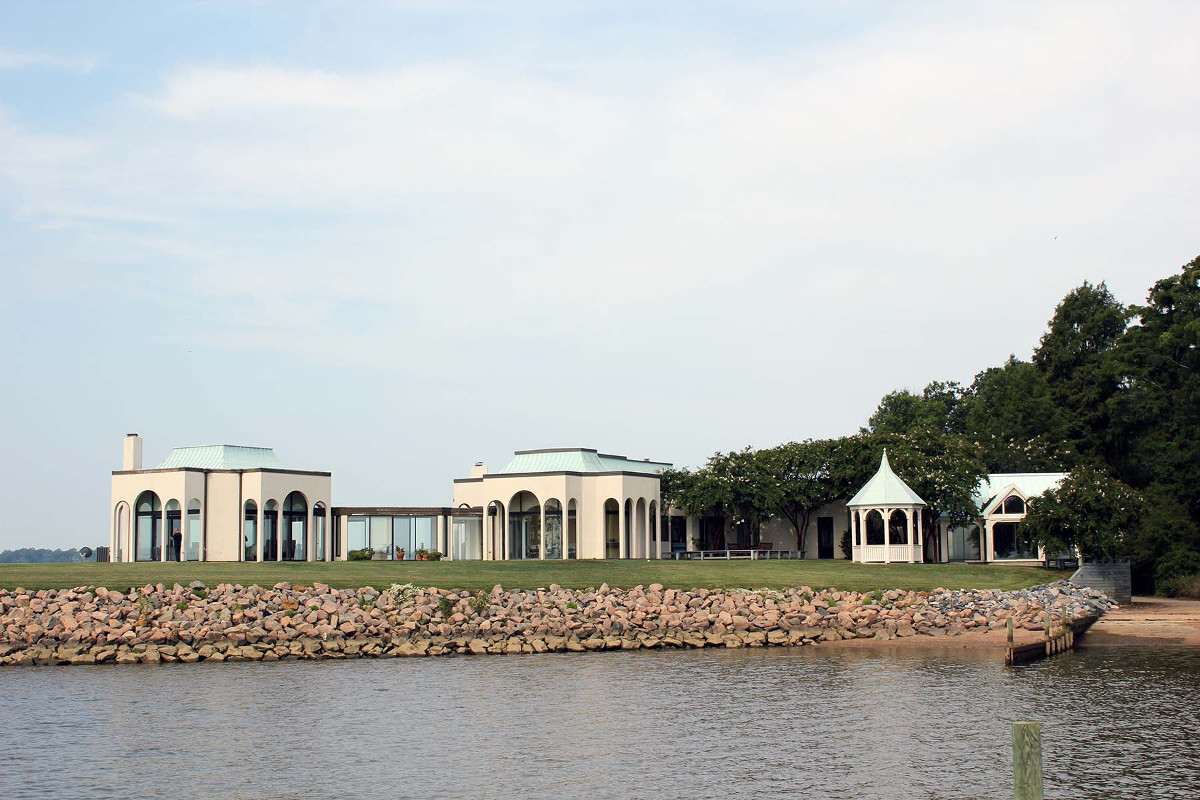 Dancing Point in Charles City County is significant for its archaeological resources. It is also important for the landscape and architectural design work commissioned and executed there between 1970 and 1976 for the property’s then owners Eugene B. Sydnor Jr. and Lucy Harvey Sydnor. Nationally renowned California-based landscape architect Thomas D. Church created a property that emphasized spare design, simple planting schemes, the site’s natural openness, and dramatic views of the land, which forms a point at the confluence of the James and Chickahominy Rivers. Richmond architect Robert W. Steward designed a Postmodern classicist house at Dancing Point, in collaboration with Church. Archaeological resources on the property include sites associated with prehistoric Native American occupations dating to the Archaic and Woodland periods, as well as Euro-American settlements dating to the 17th and 18th centuries.