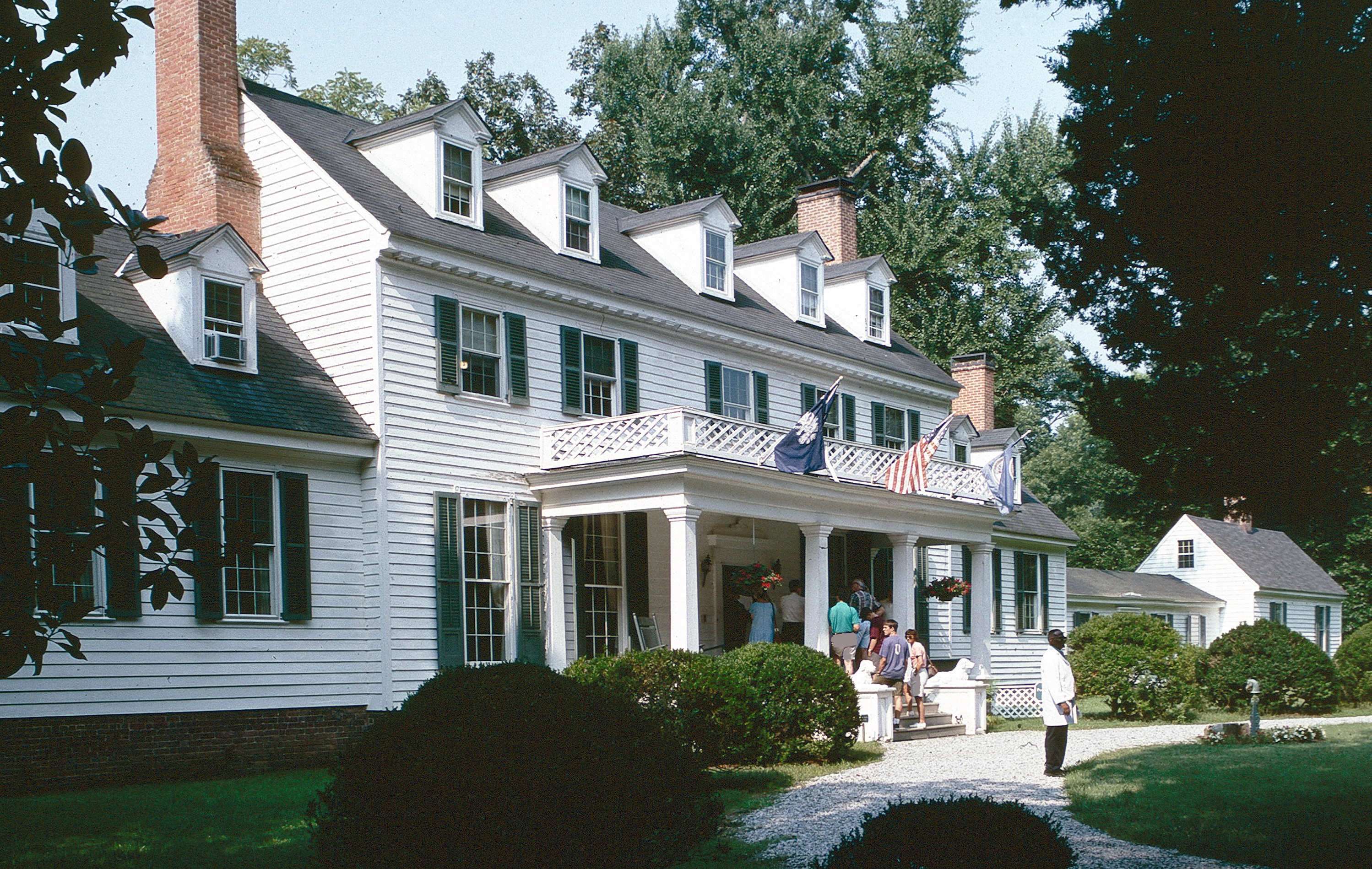 John Tyler purchased this plantation in his native Charles City County in 1842 while serving as tenth president of the United States, making it his home from 1845 until his death in 1862. To the original 18th-century house, Tyler added wings, hyphens, and attached dependencies. The western hyphen contained a ballroom and connected to Tyler’s office. The additions resulted in a unified facade, 300 feet in length. Inside, the house was embellished with woodwork based on pattern-book designs by Minard Lafever. Its parlor wallpaper, ordered from France, was reproduced when the house was restored in the 1970s. Before becoming president, Tyler had served Virginia as congressman, governor, and U.S. senator, and he was a member of the Confederate Congress at his death in 1862. His home, one of many nationally significant landmarks along Virginia’s historic Route 5, remains the home of Tyler’s descendants.