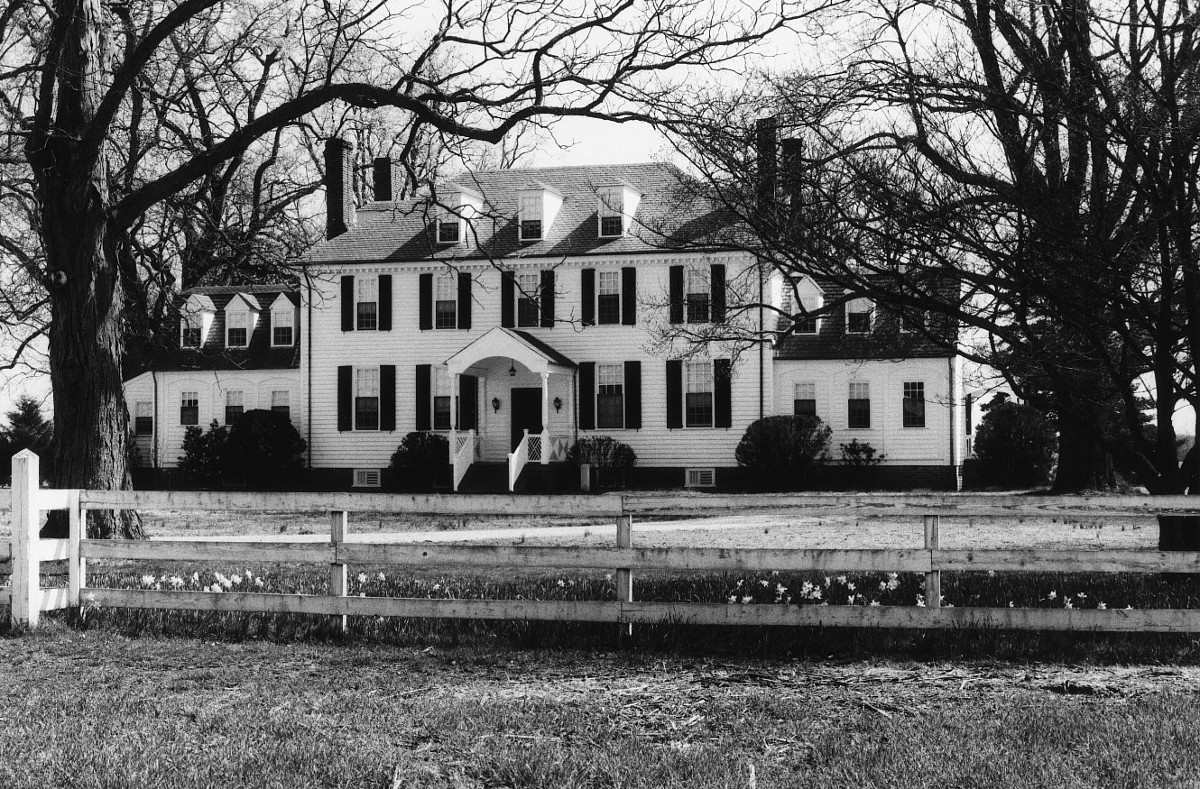 Weyanoke peninsula has seen human occupation for 8,000 years and contains numerous prehistoric and colonial archaeological sites.  Weyanoke historically was inhabited by the Virginia Indian tribe of that name, one of the largest groups in the Powhatan chiefdom when English colonists arrived in the early 17th century. An English settlement here, begun in 1619, was wiped out in the Powhatan Attack of 1622. Subsequent conflicts led the Weyanoke to move south to present-day North Carolina. Joseph Harwood established a small settlement here by the 1650s. The present house was erected in 1798 for Fielding Lewis by John Stubbs, a Gloucester County housewright. The two-story dwelling, enlarged in the 20th century with dormers and wings, is a finely crafted example of Georgian plantation architecture and features a Chinese lattice stair railing. Lewis, a nephew of Fielding Lewis of Kenmore, was a pioneer in scientific farming methods. Union general Philip Sheridan’s troops occupied Weyanoke in 1864. 15,000 Union soldiers marched toward Petersburg over a pontoon bridge here.