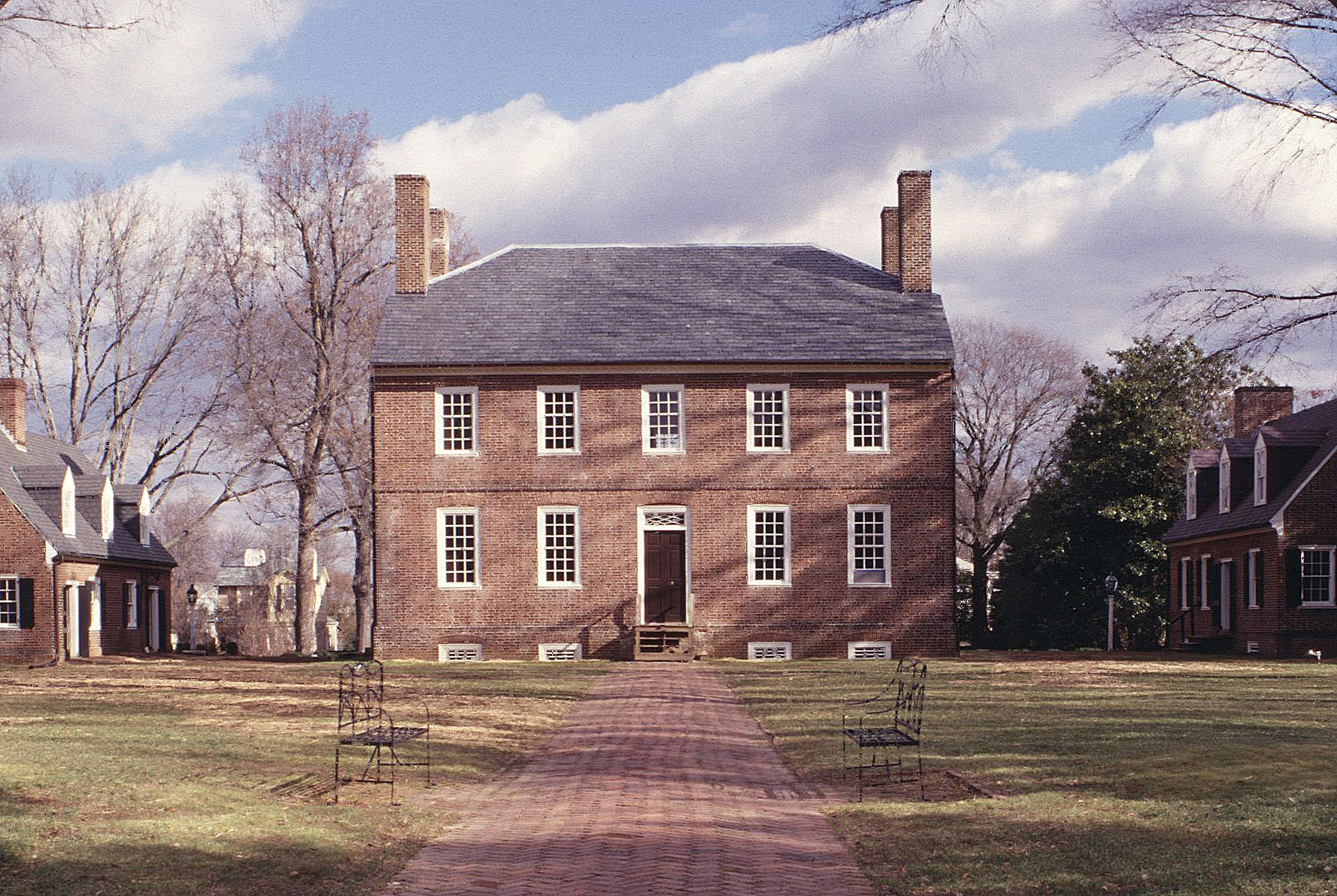 One of America’s most noted works of Georgian architecture, Kenmore was completed by 1776 for Fielding Lewis and his wife Betty Washington Lewis, the only sister of George Washington. Lewis was a merchant and planter as well as a Revolutionary patriot. He served in the House of Burgesses, financed the Fredericksburg Gun Manufactory, and helped organize local resistance by merchants and militia. The Lewises’ mansion, with its plain but formal exterior, boasts an exceptionally elaborate interior with the finest 18th-century plasterwork ceilings and chimneypieces in the country. The dining room, one of America’s most beautiful historic spaces, features an overmantel containing a plaster bas-relief with scenes from Aesop’s fables. Threatened by development in 1922, the property was purchased by the Kenmore Association, which exhibits the house as a museum. Kenmore is within the boundaries of the Washington Avenue Historic District in Fredericksburg, and on the grounds are restored gardens as well as the archaeological sites of several original outbuildings.