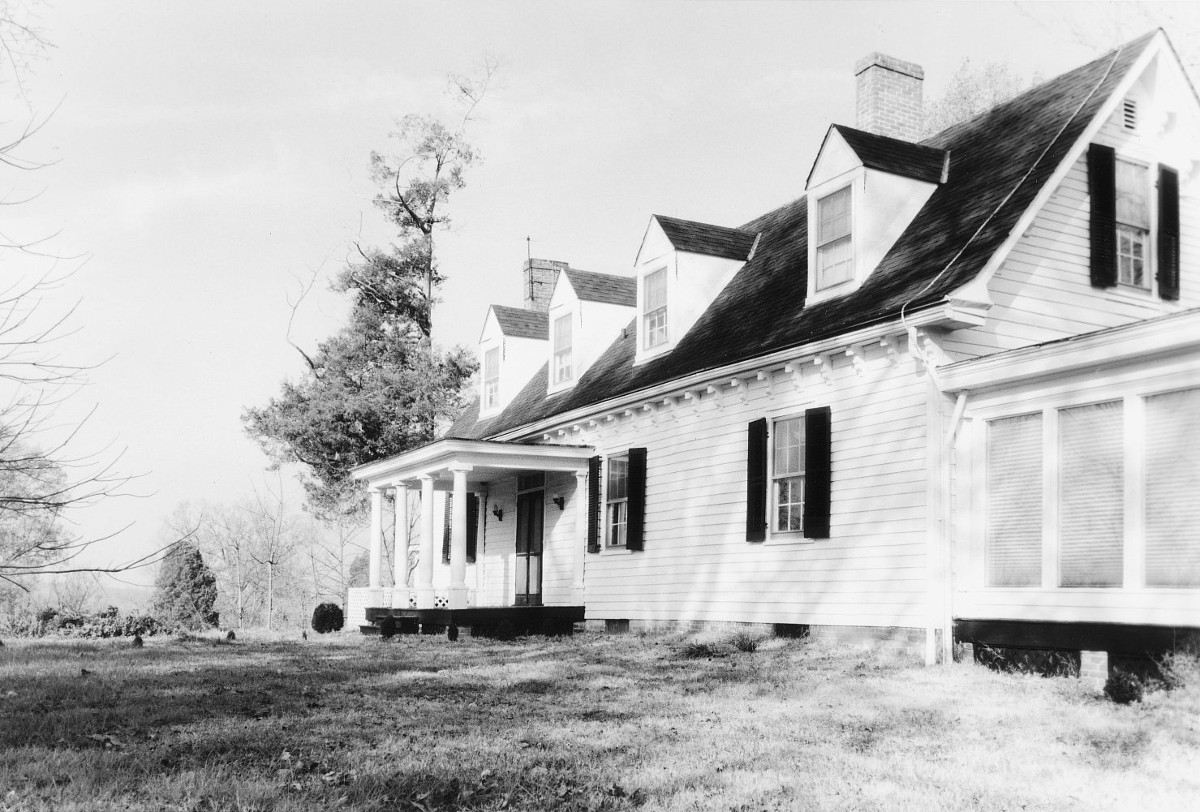 Originally patented in 1638 to Elizabeth Grayne, and farmed as a separate unit for nearly three and a half centuries, Hardens is a James River estate that formerly served as a subsidiary farm, or quarter, of Shirley plantation. The property was at one time called Hardings, also Hardings Landing. An 1818 survey and plat shows a dwelling in the approximate location of the present house. A typical example of mid-19th-century Virginia’s rural vernacular architecture, the main part of the existing frame house was erected in 1846 by Hill Carter, of Shirley, for his son Lewis Warrington Carter and may incorporate sections of an earlier structure. Hardens was acquired by David Walker Haxall in 1852 to supply lumber for his family’s extensive Richmond milling operations. During the Civil War the place served as a Union communications station and camp for Maj. Gen. George B. McClellan in 1862.