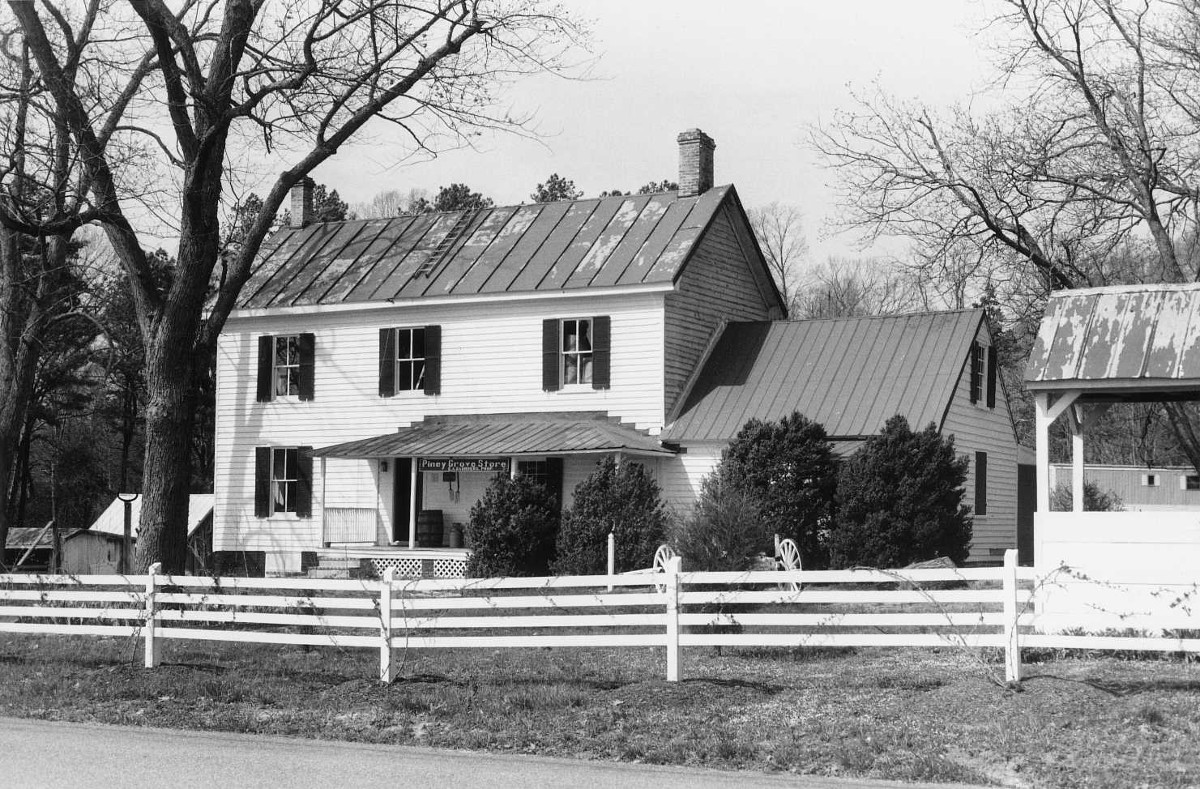 This otherwise unprepossessing vernacular dwelling has had a complicated structural history, making it an instructive example of evolutionary expansion. The earliest portion began as a 1790 log corncrib on the plantation of Furneau Southall, deputy-sheriff of Charles City County. This rare survival of log construction in this area was transformed into a general merchandise store in 1820. The store was expanded in 1853 by John S. Stubblefield, Southall’s grandson, who added a single-cell frame wing. Piney Grove Store served this part of rural Charles City County for some eighty-five years. Such general stores were often gathering places and played an important role in 19th-century social life. In 1905 the structure was further expanded with a two-story frame section, and the whole building became a residence. Piney Grove has recently undergone a restoration that sensitively maintains the structure’s layers of history.