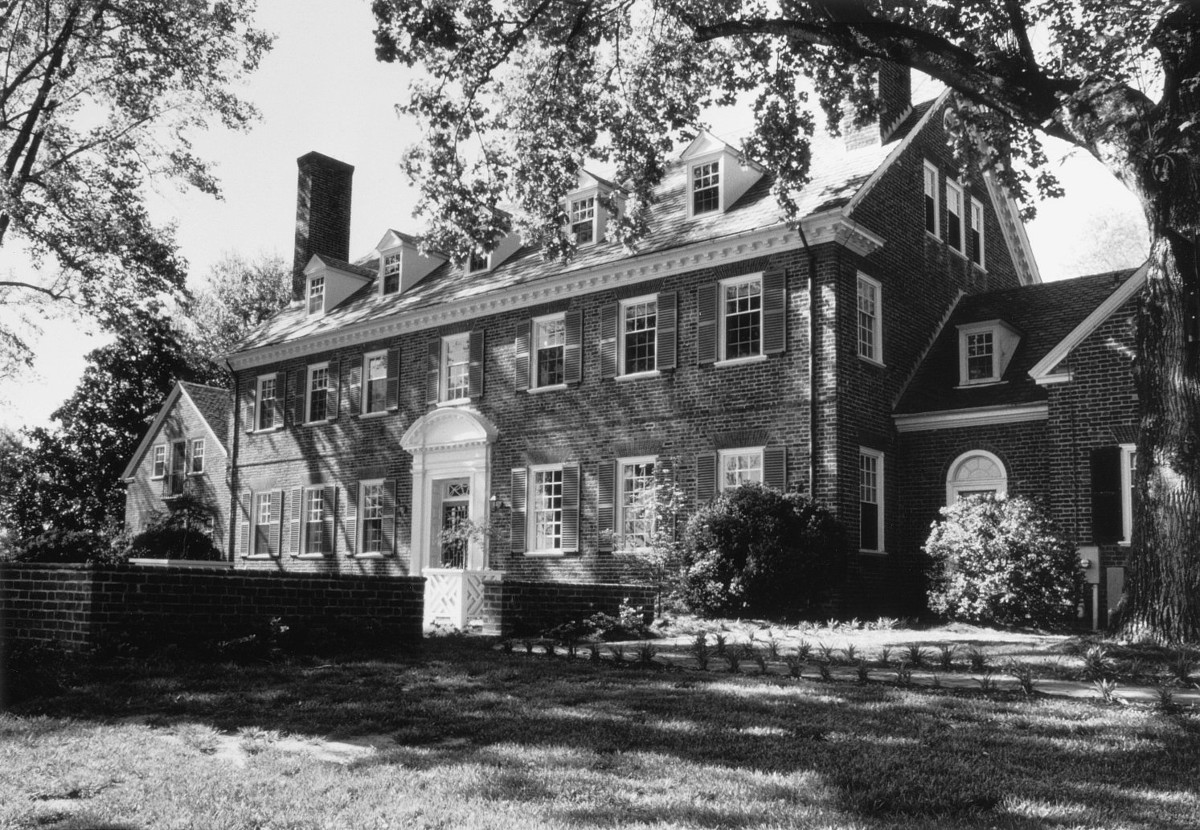 Designed by W. Duncan Lee (1884-1952), one of Virginia’s most proficient Colonial Revival architects, Evelynton is a masterful adaptation of 18th-century Virginia architectural forms for a modern country residence. The house was completed in 1937 for Mr. and Mrs. John Augustine Ruffin, Jr. whose family had owned the property since 1847. The Ruffins’ interest in the region’s colonial dwellings led to their collaboration on the design. References to such well-known landmarks as Westover, Shirley, Carter’s Grove, and Gunston Hall are evident in the composition, particularly in the splendid interior woodwork. The historic atmosphere is enhanced by the building’s placement on an old site, with scenic views from a terraced lawn across the marshy Herring Creek. The property was the scene of a fierce skirmish during the Seven Days’ battles of June 1862 during which the original dwelling was destroyed by Union soldiers.