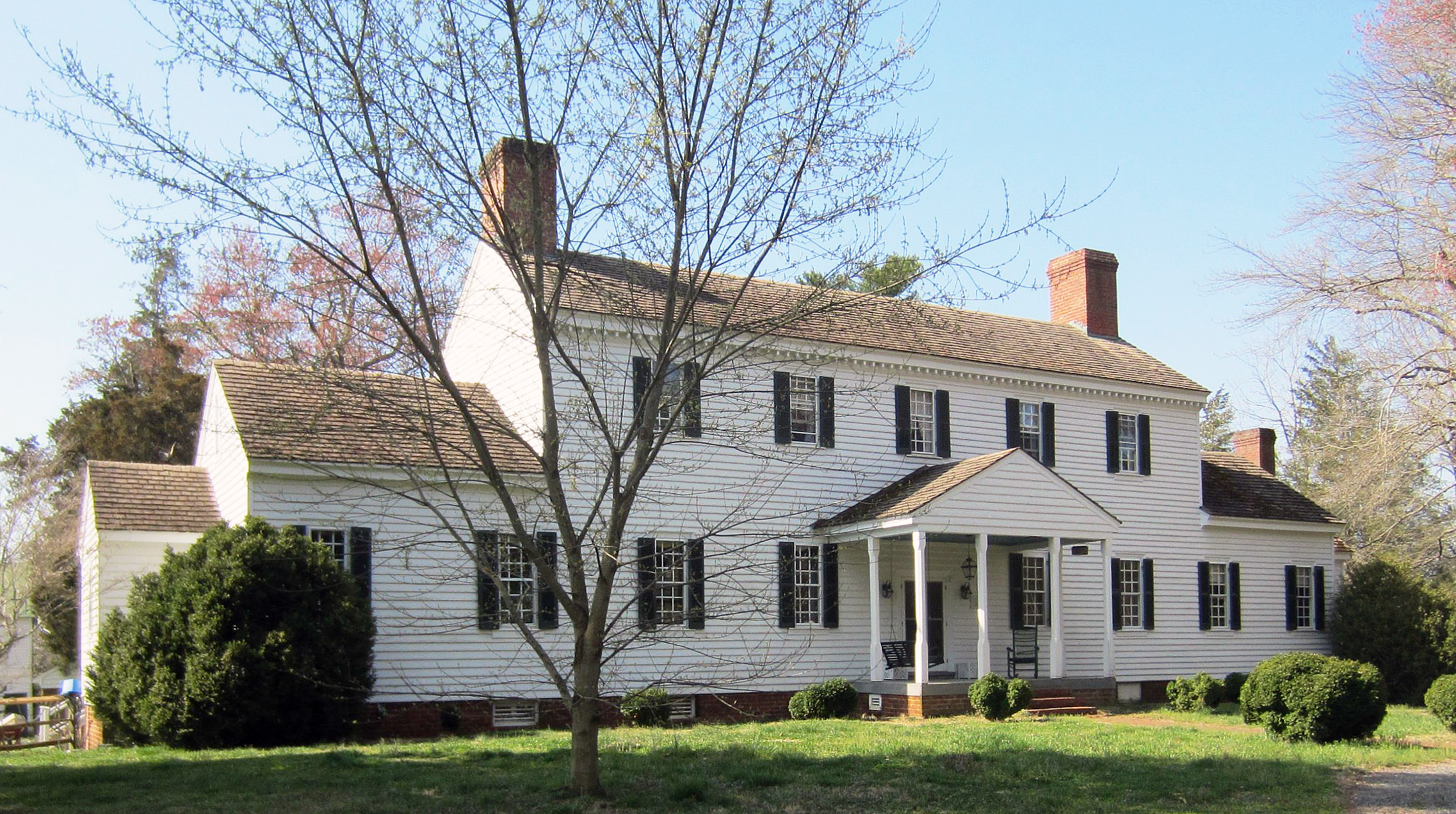 Greenfield was the plantation of Isaac Read (1739-1777), member of the House of Burgesses and of the Virginia conventions of 1774 and 1775. Read was mortally wounded while serving as an officer in the Revolutionary War. The plain but formal dwelling he erected ca. 1771 is the oldest two-story frame house in Charlotte County. Its symmetrical five-bay façade, modillion cornice, and one-story wings, give the building a commanding presence amid its rolling pastoral landscape. The Georgian stair, early mantels, and paneled wainscoting combine with the stately exterior to present a picture of 18th-century sophistication and prosperity in this thinly populated rural area. Adding to this image are the remnants of an extensive early formal garden. The property remains the home of Read descendants (as of the end of the 20th century).