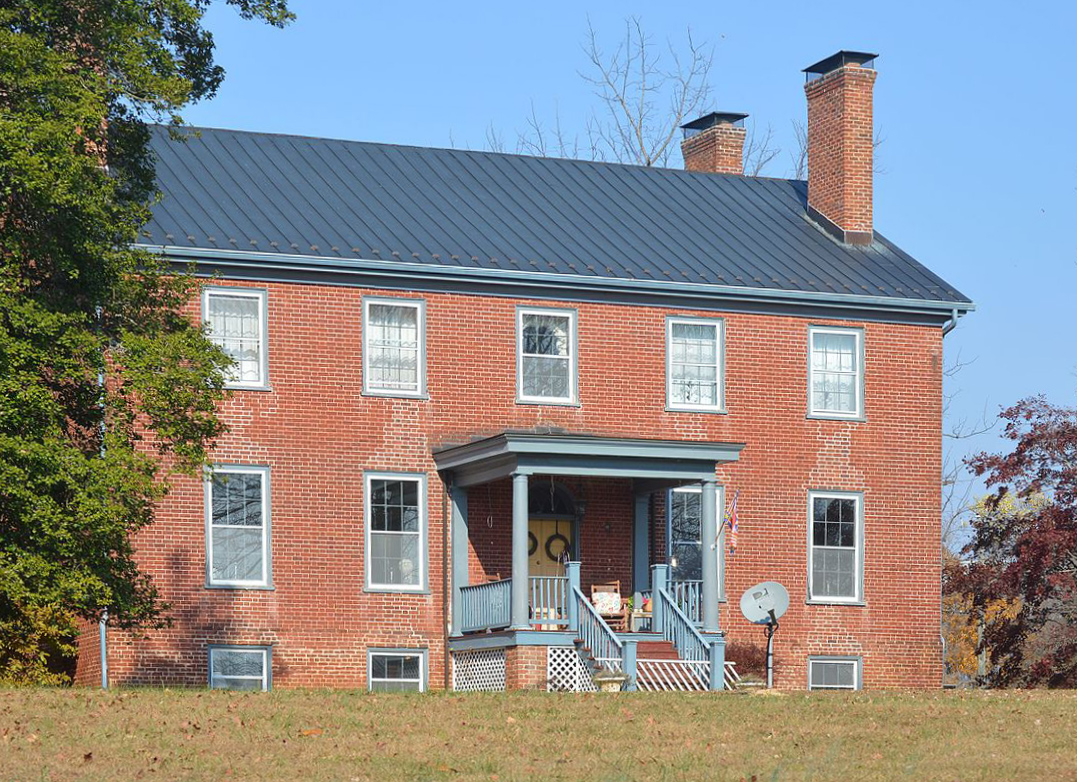 Woodfork is an impressive Federal mansion sited on an eminence in an unspoiled rural setting in Charlotte County. It is representative of the architectural work of its original owner, Henry Anderson Watkins, a master builder. Watkins, sometimes with his brother William Morton Watkins, has been credited with the construction of other historic brick homes of similar quality in Charlotte County. Members of the Watkins family have been actively engaged in business and government in the Charlotte County area since Joel Watkins arrived in the 1780s. The property, given to Henry by his father, Joel Watkins, also includes a barn, two graveyards, and the remains of another barn, as well as the remains of a brick kiln. The kiln is thought to have been the source of not only the bricks for Woodfork, but also for some of the other houses built by Henry Watkins.