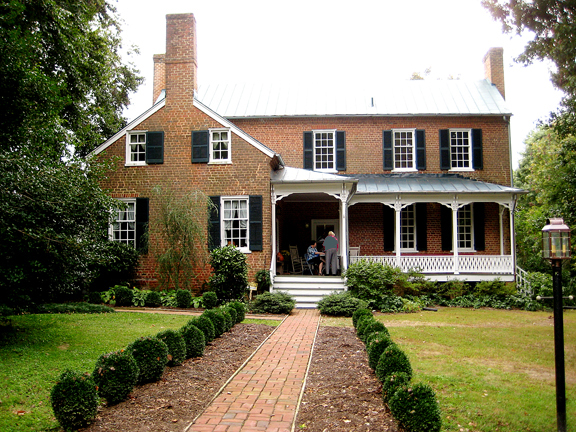 Maple Roads was built by Captain John D. Richardson, a hero in the War of 1812, who represented Charlotte County in the General Assembly from 1809 to 1837. The house was built on land John and his wife Elizabeth Spenser bought at auction following the death of Elizabeth’s father. The house was started in 1813 and reached its present form by 1821. The two-story, five-bay brick house with molded brick cornices has Federal interior woodwork including fine mantels and the remarkable survival of decorative graining and marbleizing. Two outbuildings survive, as well as a cemetery containing Richardson family graves and those of the Pettus family, who acquired the property in the 1870s.