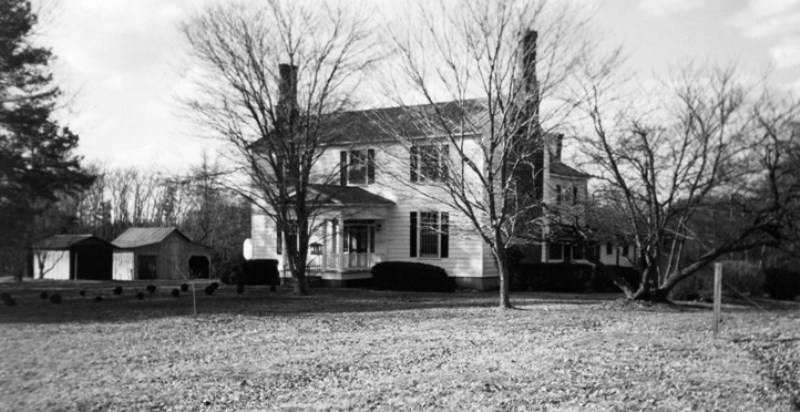 The Watkins House, home of prominent local citizen William B. Watkins, is a transitional Federal-Greek Revival, two-story, three-bay, frame I-house constructed in the 1840s with a rear addition constructed about 1851. It has a diminutive Tuscan portico and illustrates the transition from the Federal to the Greek Revival styles as exhibited in the local building tradition. The end chimneys of the main block are topped by pairs of hexagonal chimney stacks. This treatment is found on a small group of houses in the county and is assumed to be the work of a local mason, probably in the 1850s. William B. Watkins, an attorney and an active church member, owned extensive acreage in Charlotte County. He served in several military capacities and was a member of the Virginia General Assembly. He was primarily responsible for founding one of the first county school boards in Virginia.