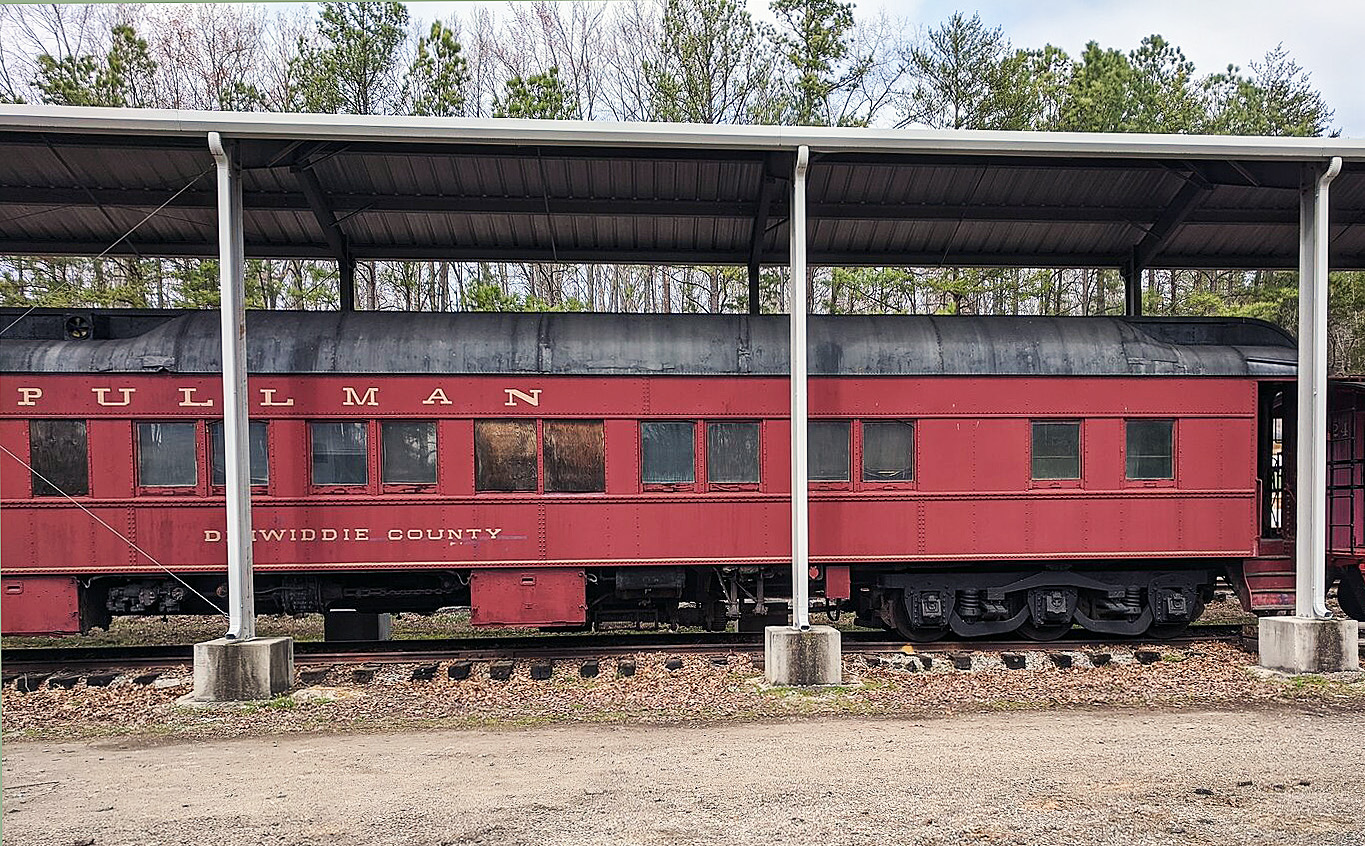 A relic of the era when railroads offered luxurious, reliable travel accommodations, the Dinwiddie County was built in 1926 by the Pullman Company of Chicago, world-renown manufacturer of railroad cars. Founded in 1868, the Pullman Company produced handsome, comfortable, and in some cases palatial, rolling stock. It became so successful that Pullman became a generic name for sleeping cars. The Dinwiddie County, originally named the Mount Atlas, is an excellent representative of the heavy-weight, all steel sleeper, and is one of two known surviving cars of its type. It differed from standard sleeping cars by having an observation lounge. In 1950 it was assigned to exclusive use by the Norfolk and Western Railway Co. The Pullman Company sold the car to the Old Dominion Chapter of the National Railway Historical Society in 1965.