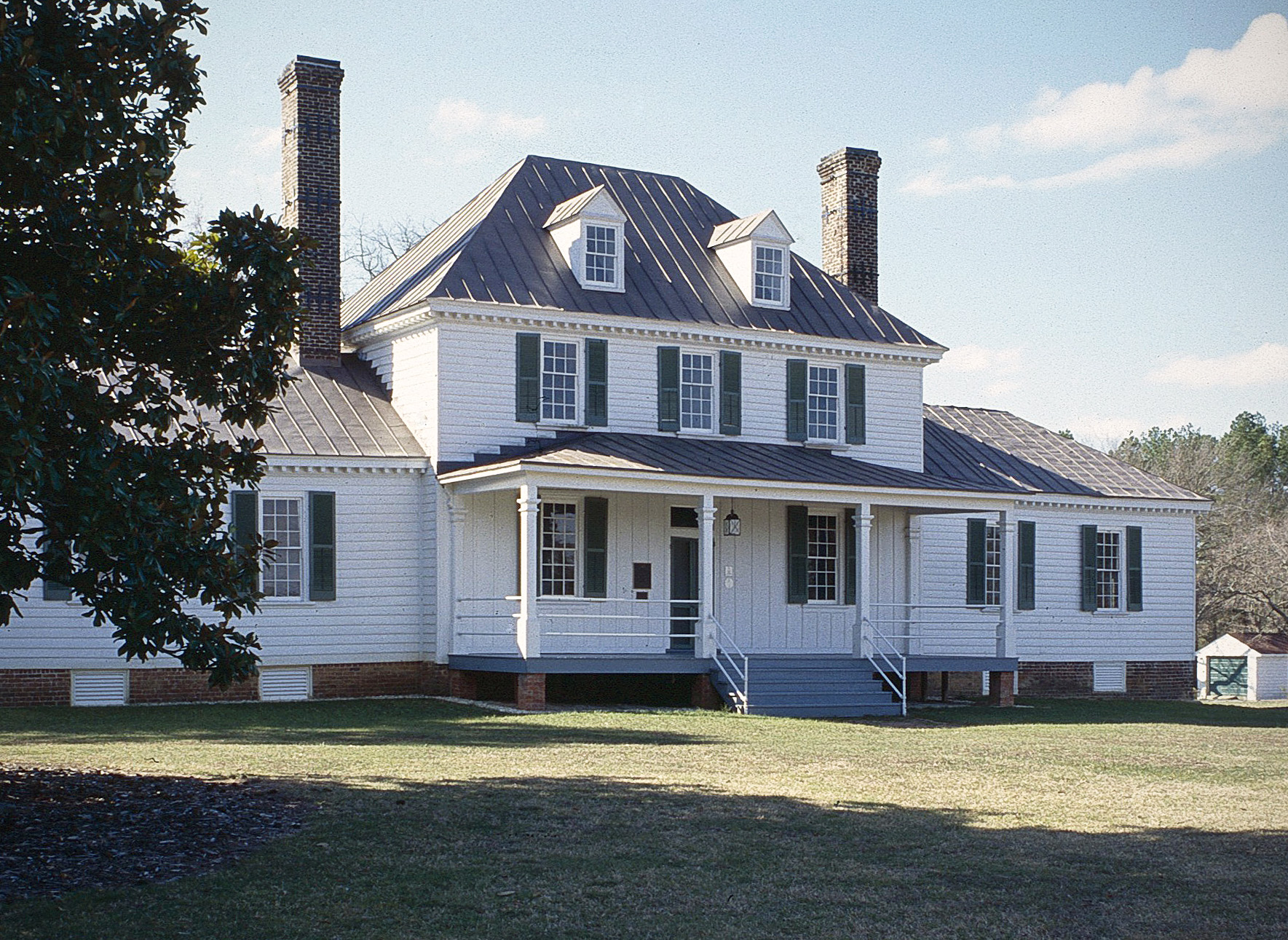 Eppington was originally the home of Francis Eppes, a cousin of Martha Jefferson, wife of Thomas Jefferson. The house is set deep in the timber-farm region of western Chesterfield County, along the Appomattox River. After Martha Jefferson’s death, the Eppes family cared for two of Jefferson’s daughters at Eppington while their father was serving as minister to France. Jefferson visited Eppington on several occasions; during one of his stays he received an invitation from President George Washington to serve as secretary of state. The wood-frame house has had a complex evolution. Its center portion was built ca. 1770 and the wings added ca. 1790. The interior is embellished with unusually fine paneling. Donated to the county by the Cherry family in 1989, the house is now exhibited as a museum by the Chesterfield County Department of Parks and Recreation.