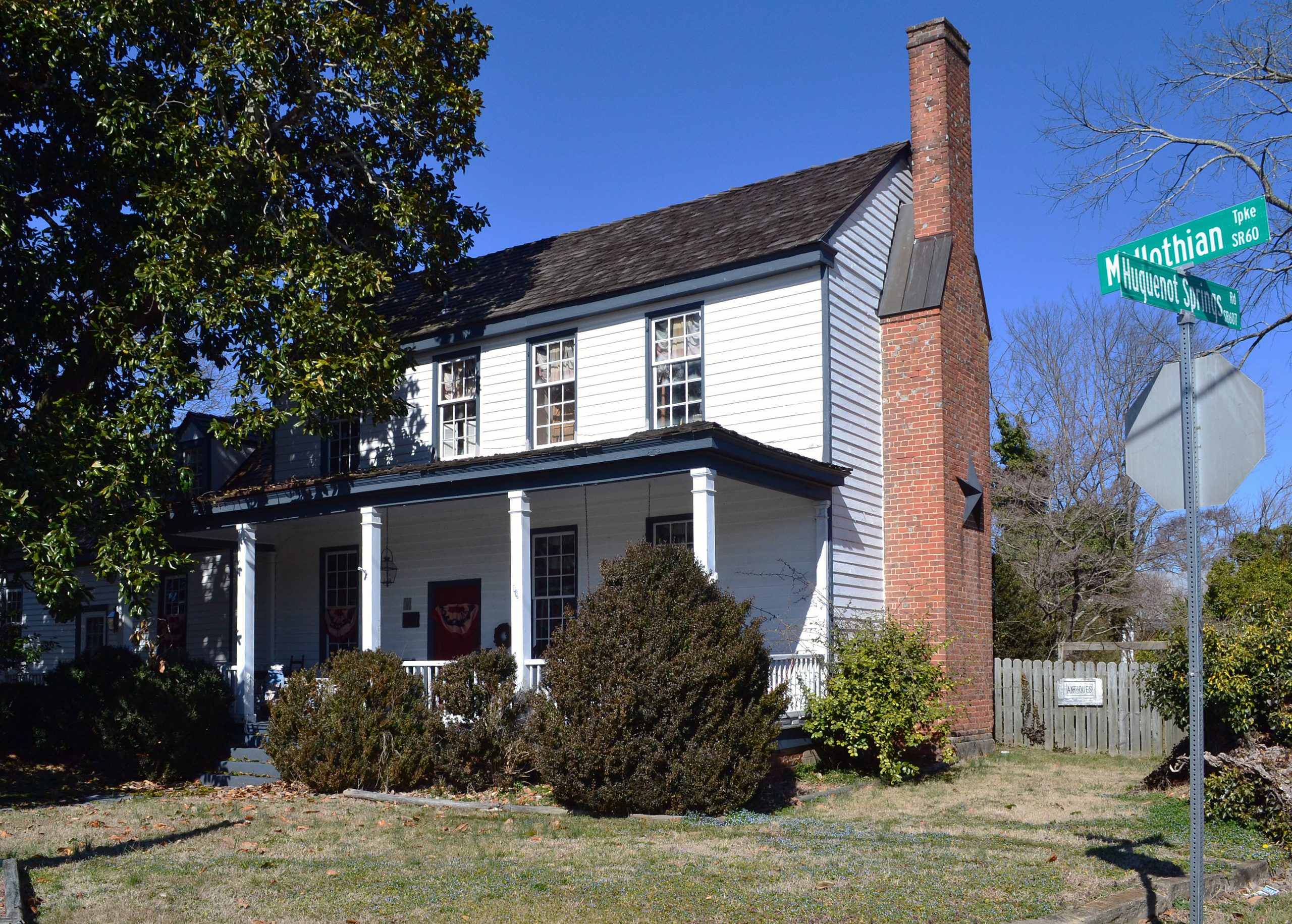 Travelers on the old Buckingham Road (now U.S. Route 60) in Chesterfield County were served by this rambling wooden tavern throughout most of the 19th century. The building was constructed in three stages beginning in the last quarter of the 18th century and ending in 1832, the date the two-story east wing was completed. Much of the original fabric in each section is intact, and traces of a former hipped roof and unusual false-plate construction can be seen in the west wing, the oldest section, which formerly held the taproom. The tavern’s first owners were the Michaux family, descendants of area Huguenot settlers. From 1826 to 1972 the property was owned by the Spears family. Union soldiers raided the tavern during the Civil War, stealing horses and meat. Restoration by subsequent owners has assured the preservation of this venerable landmark.